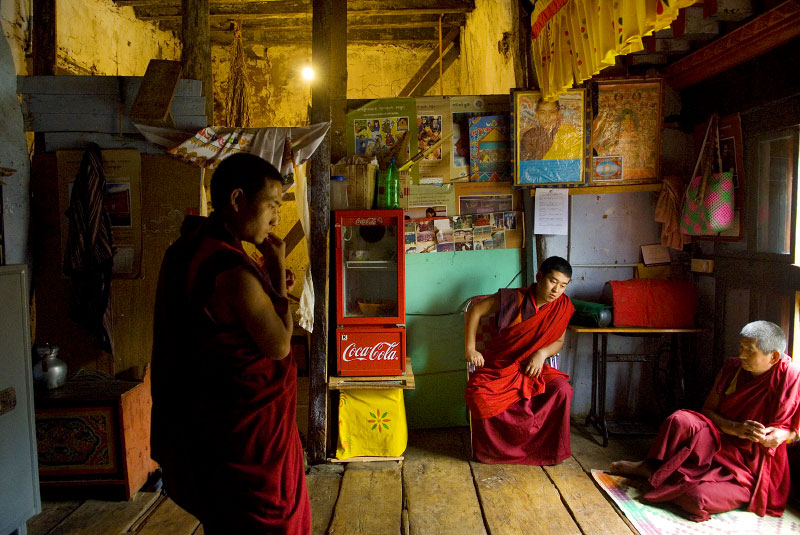 
Monks hang out in their bedroom inside the monastery in the Dzong in Wangdue Phodang, in western Bhutan, May 9, 2007. Though Bhutan has traditionally been isolated from the outside world, a Coca-Cola fridge managed to make its way into monks' lives. A Dzong can be found in most district capitals throughout Bhutan, and is the seat of secular and religious authority in each district--half administrative headquarters, half monastery. Within the Monasteries that line the countryside throughout Bhutan, young monks are taught Bhuddist studies, manners, and basic home skills among their studies and prayers. traditionally in Bhutan, families used to send one child per family to the monastery, though now it is up to the individual family to decide whether they would like to send a child.