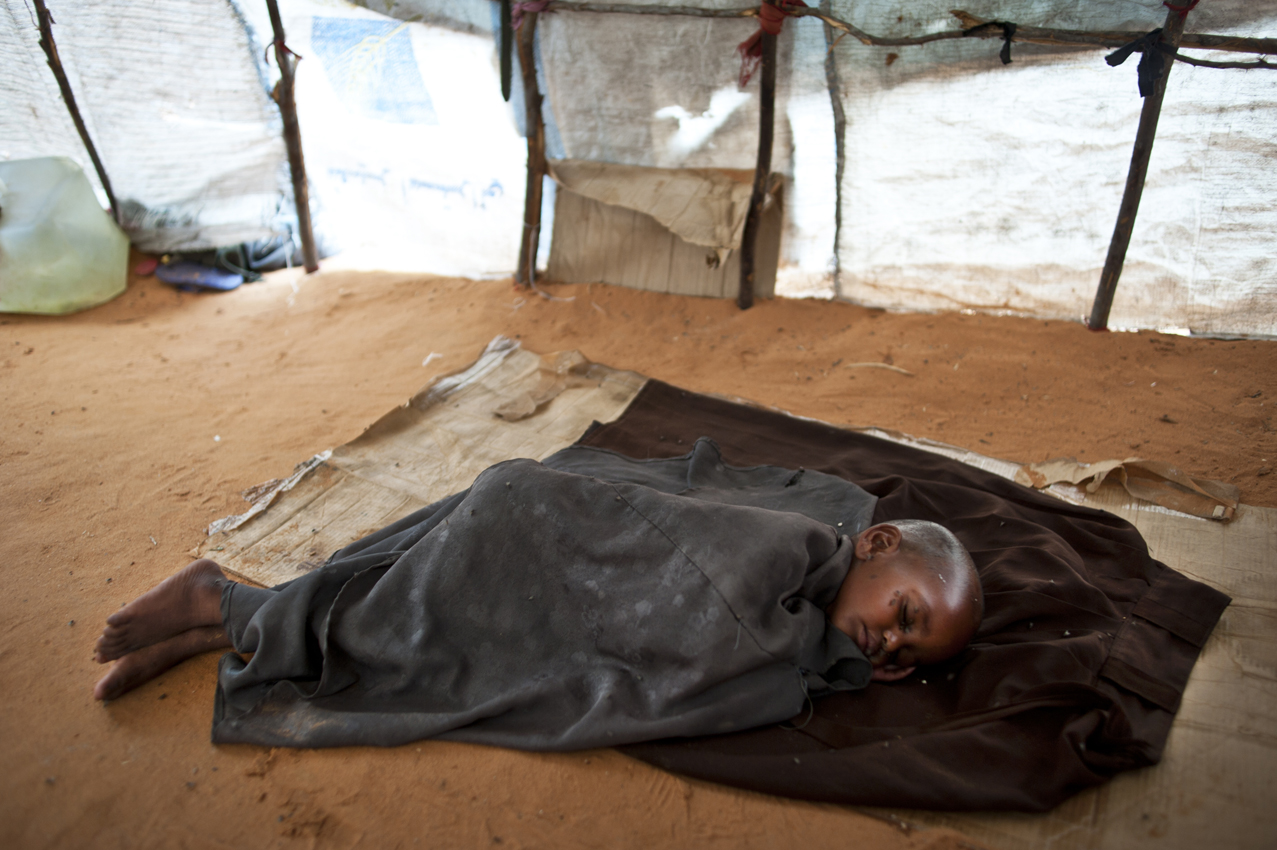 A boy lies immobile, ill with measles, in a camp for internally displaced Somalis on a morning where at least five children were being buried at dawn in this camp, after succumbing to measles in Mogadishu, Somalia, August 27, 2011. Locals claim that at least five children are dying per day because of the poor conditions in the camps--measles, malnutrition, and dehydration contributing to some of the highest numbers of deaths. Thousands of Somalis have traveled to neighboring countries and to the capital city of Mogadishu to escape extreme drought conditions in their villages--an estimated 1.7 million people have become drought displaced, according to an UNOCHA report. The horn of Africa is suffering one of the worst droughts in years, displacing thousands, and killing others through severe malnutrition, measles, and diarrhea.