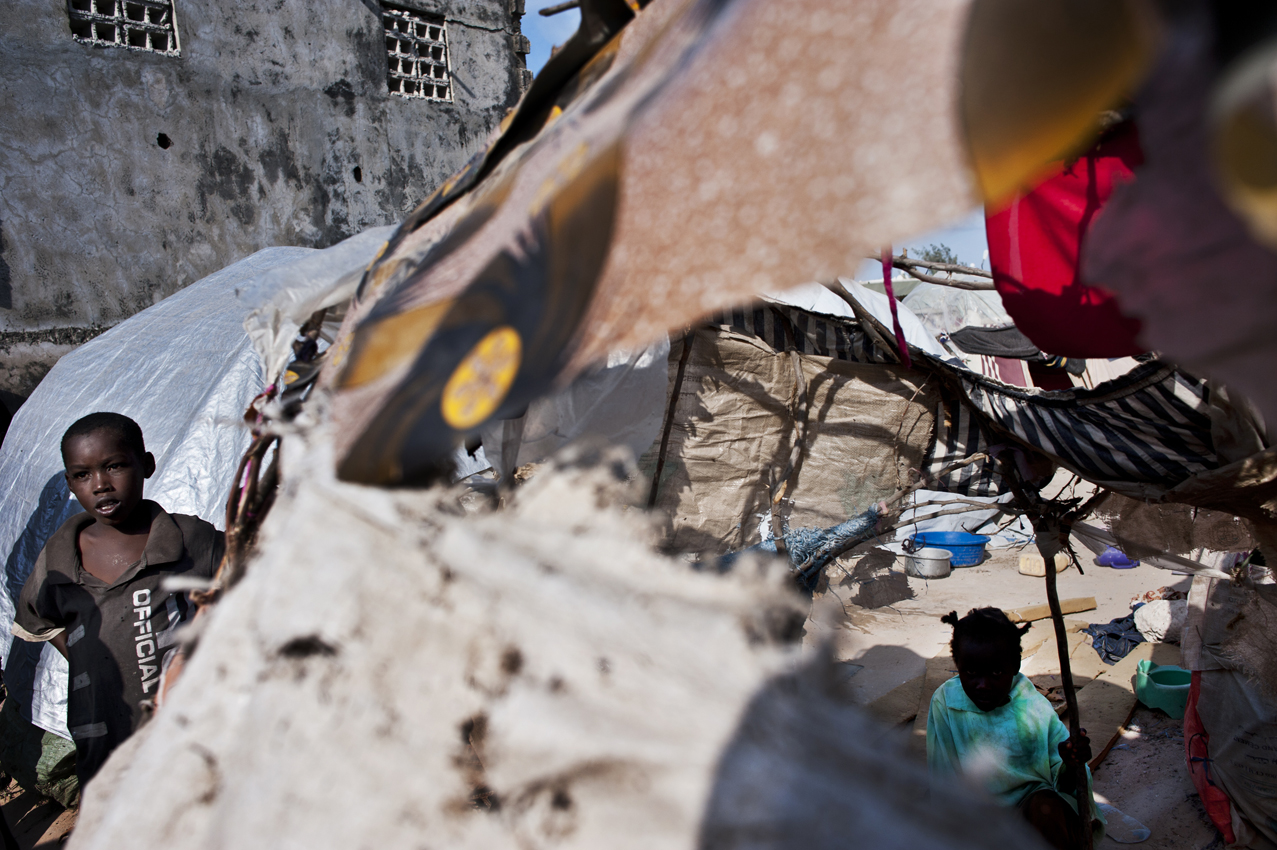 Somalis live side by side in overcrowded camps and makeshift shelters for internally displaced people because of the drought in the rest of the country in Mogadishu, Somalia, August 27, 2011. Thousands of Somalis have traveled to neighboring countries and to the capital city of Mogadishu to escape extreme drought conditions in their villages--an estimated 1.7 million people have become drought displaced, according to an UNOCHA report. The horn of Africa is suffering one of the worst droughts in years, displacing thousands, and killing others through severe malnutrition, measles, and diarrhea.