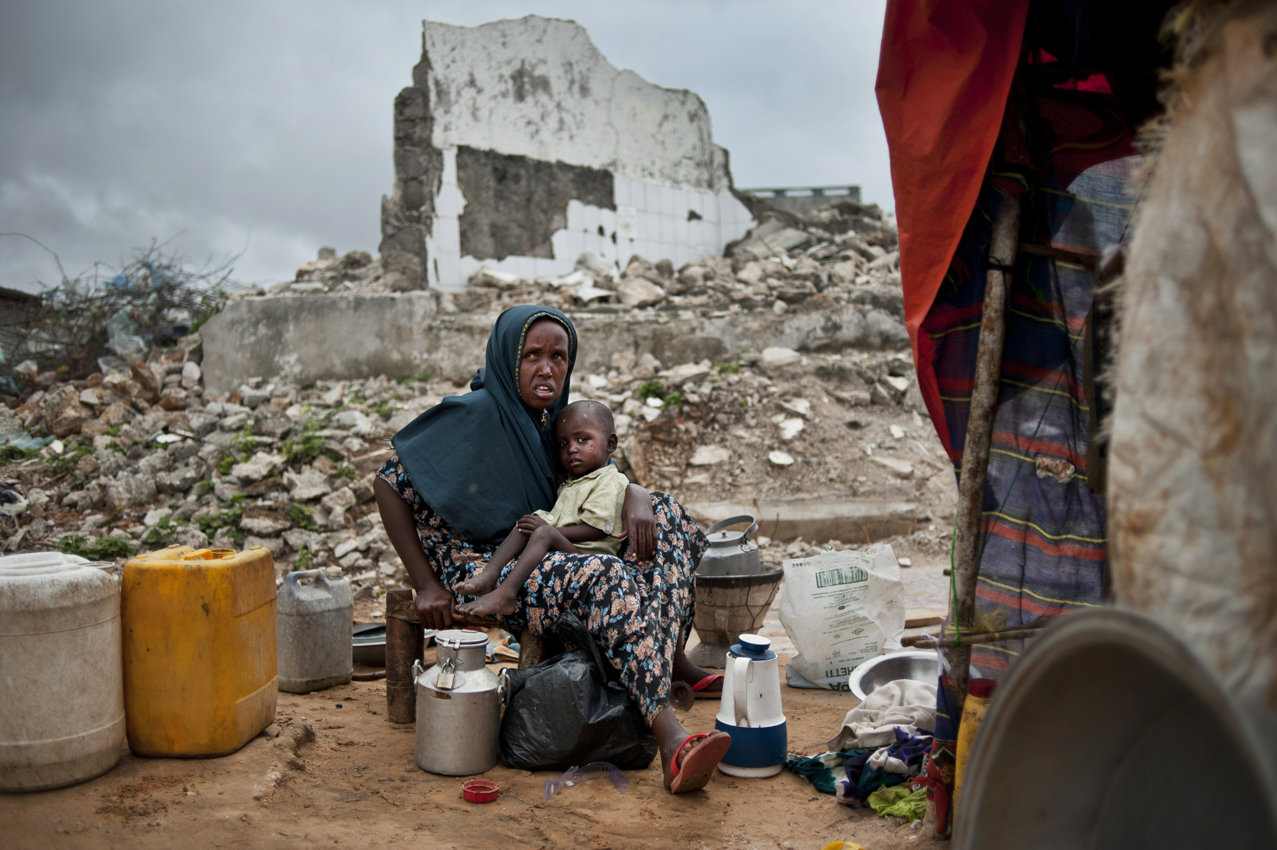 Aminacido Sheikh sits with one of her four children after arriving from the Yaksheet district 25 days ago to live with other Somalis amisdt the ruins of buildings and in dire conditions in the Badbadoo camp for internally displaced in Mogadishu, Somalia, August 29, 2011. Aninacido says 'We haven't received any rations. I don't know how to explain how we feed our children. My husband goes in the morning and comes back with food.' Thousands of Somalis have traveled to neighboring countries and to the capital city of Mogadishu to escape extreme drought conditions in their villages--an estimated 1.7 million people have become drought displaced, according to an UNOCHA report. The horn of Africa is suffering one of the worst droughts in years, displacing thousands, and killing others through severe malnutrition, measles, and diarrhea.