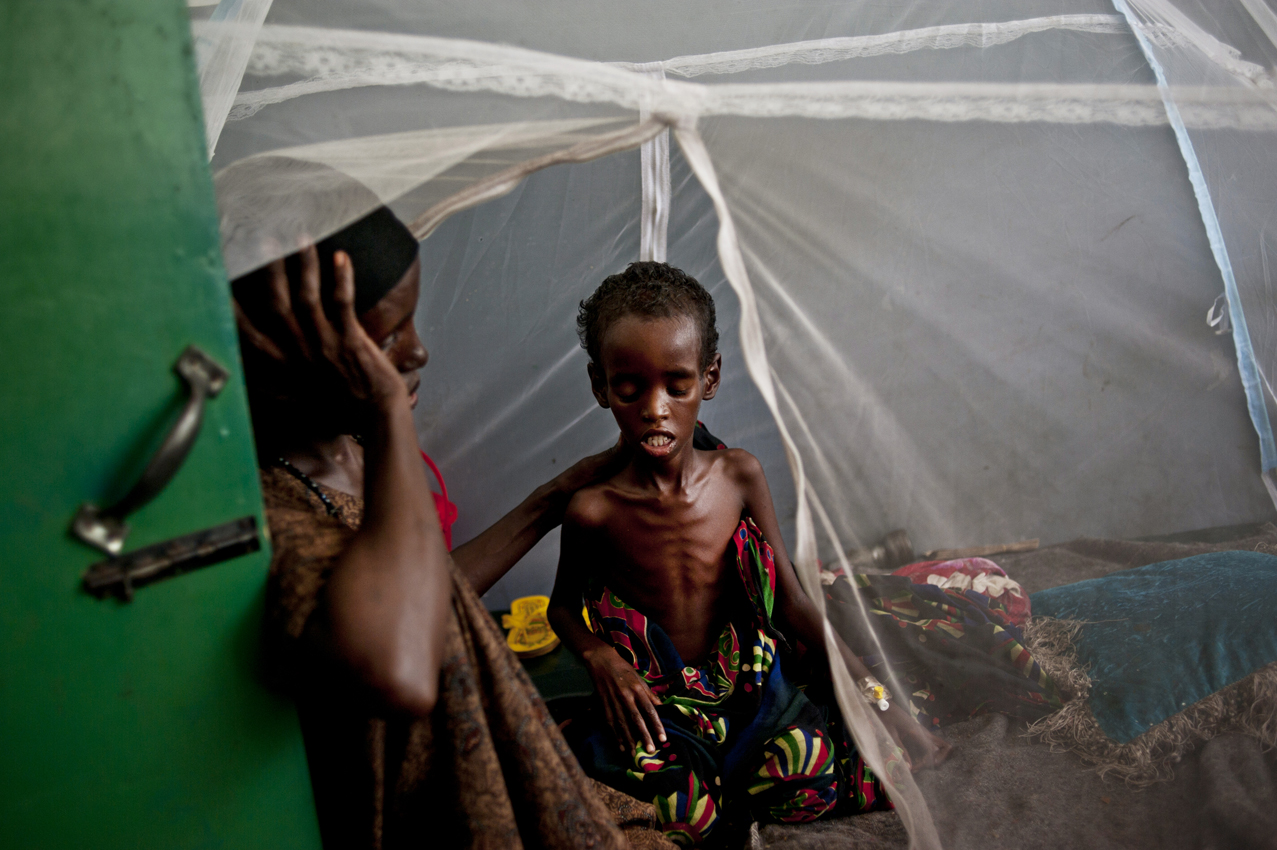 Medina Hassan Sagar, 50, sits with her youngest of four children, Isaac Ibrahim Cotupo, 7, who is being treated for severe malnutrition in the Benadir Hospital in Mogadishu, Somalia, August 29, 2011. Medina and her family arrived from Dinsor to Mogadishu a few months prior, like thousands of Somalis who have traveled to the capital city of Mogadishu to escape extreme drought conditions in their villages--an estimated 1.7 million people have become drought displaced, according to an UNOCHA report. The horn of Africa is suffering one of the worst droughts in years, displacing thousands, and killing others through severe malnutrition, measles, and diarrhea. The UN estimates roughly 29,000 children have already died because of drought-related illnesses, but Islamic Relief, and organization that has people on the ground in Somalia, estimate that number is much higher.