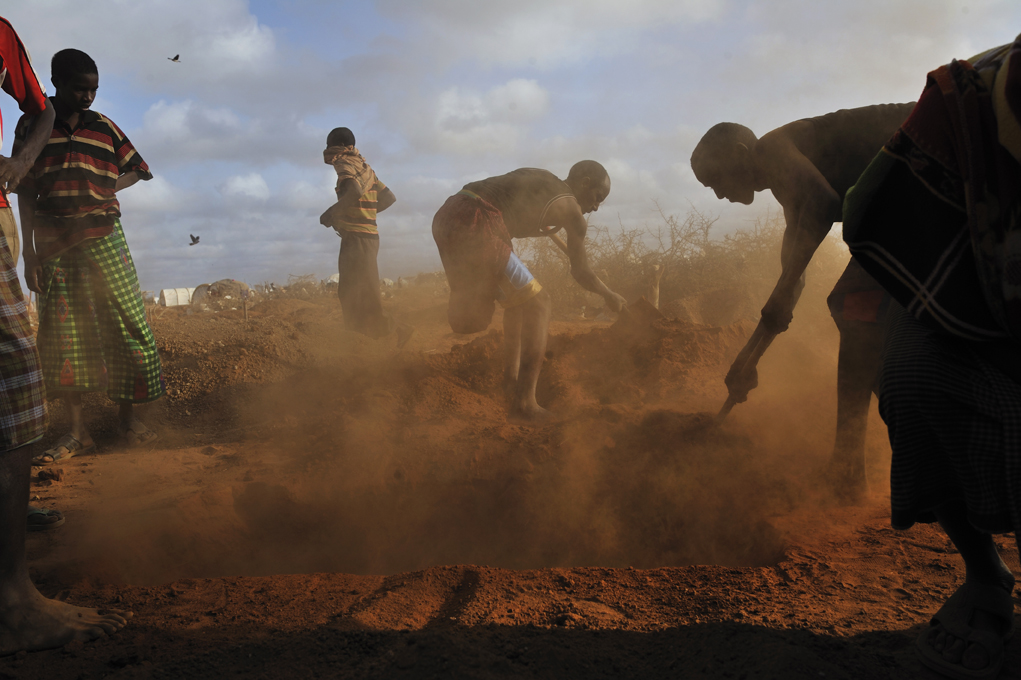 Family members and neighbors prepare the grave for the daughter of Fatuma Mohammad, who died overnight from malnutrition and complications associated with her weakened immune system, in Dagahaley camp, August 23, 2011. Fatuma Mohammed lost two daughters in two days to malnutrition and general organ failure, about five months after fleeing Somalia; she is 8 months pregnant. Most families fleeing Somalia arrive exhausted, hungry, and with little to no belongings after making sometimes a month-long journey on foot. Dadaab, with roughly 400,000 refugees, is the largest refugee camps in the world. The horn of Africa is suffering one of the worst droughts in years, displacing thousands, and killing others through severe malnutrition. In response to the increasing severity of the situation MSF is operating an emergency nutrition intervention in Dadaab.