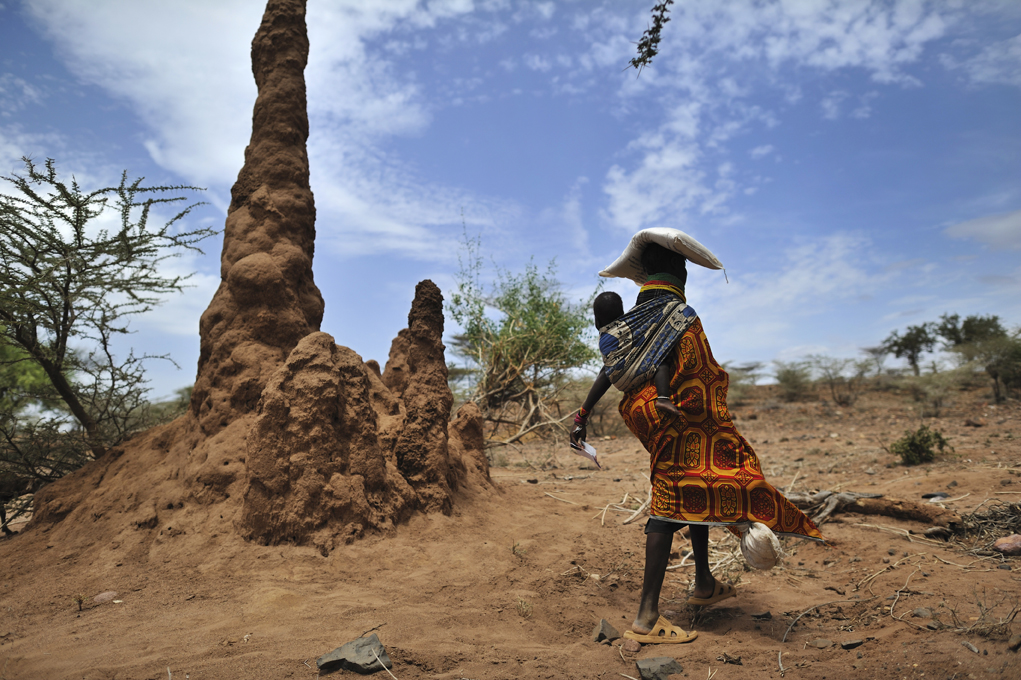 Kenyan women await food handouts and nutrition checks by Doctors without Borders during an ambulatory therapeutic feeding program for severely malnourished children in villages across Turkana, Kenya, August 15, 2011. Though there is always serious food insecurity problems in the Turkana region of the country, this year, as a result of a devastating drought, lack of grazing spaces, increased livestock deaths and climbing food prices, the food insecurity reached a critical level in several areas, resulting in emergency levels of malnutrition.   The horn of Africa is suffering one of the worst droughts in years, displacing thousands, and killing others through severe malnutrition. In response to the increasing severity of the situation MSF is operating an emergency nutrition intervention in Turkana.(Credit: Lynsey Addario/ MSF/ VII Network)

Severely malnourished children are treated in the government hospital and monitored by MSF staff in Lokituan, Turkana.