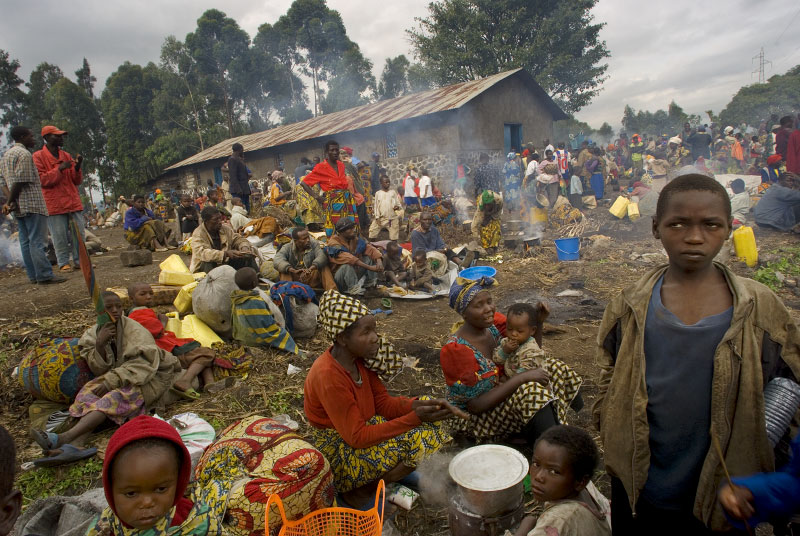 on the road to goma, eastern congo


Thousands of Congolese people who fled the village of Sake rest along the road where they spent the night as they make their way towards camps for internally displaced people and towards Goma as intense fighting comes to a lull between the Congolese Army, the FDRC, and soldiers loyal to the rebel Tutsi leader, Nkunda, in the east of the Democratic Republic of Congo, December 12, 2007. In the last few weeks, the FRDC has been making a large-scale military push to take back villages they lost to Nkunda late last year, and the civilian population has been caught in the middle. Thousands of civilians have been displaced from their homes across the region of North Kivu, and are suffering grave health and malnutrition crisis. In the last 12 months, about 410,000 Congolese civilians have been displaced by new fighting, and coupled with the previous 400,000 from past years, there are now about 800,000 internally displaced people in the DRC. (Credit: Lynsey Addario for The New York Times)