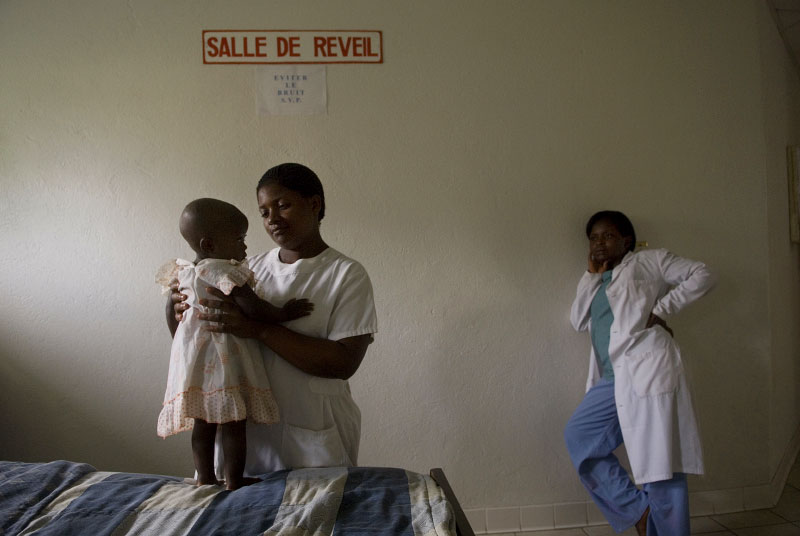 
Bahati Bikuba, a nurse at the non-governmental organization, Heal Africa, holds an 11 month old girl who was raped a week prior in her village in the district of Walikale, in North Kivu, in the Democratic Republic of Congo, December 4, 2007. Because of fighting in recent months between government soldiers, rebel soldiers loyal to Tutsi General Laurent Nkunda, and militias, thousands of Congolese have been suffering a grave nutritional and sanitation crisis, lack of access to healthcare, women and children have been raped by the thousands, and almost one million people have been forced into camps for internally displaced people. have been securityfled their homes to relative safety in camps and outside of areas of fighting between government soldiers and rebels led by Nkunda.