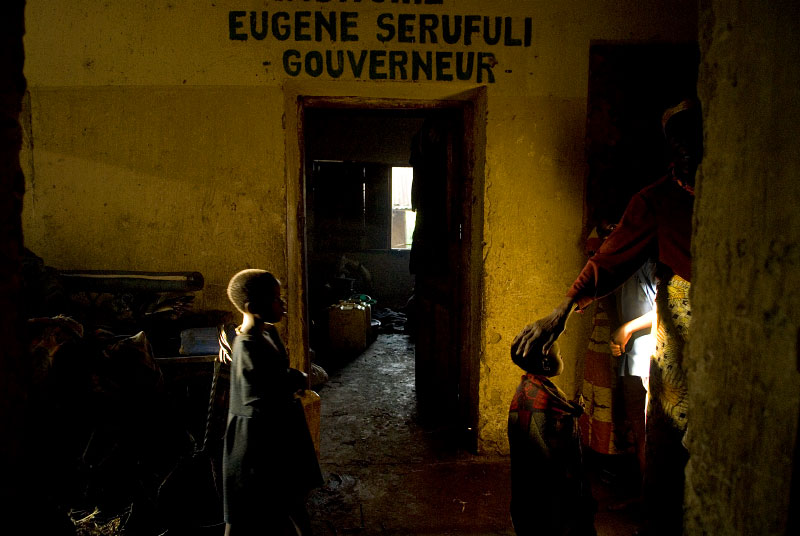 
Congolese people displaced from the village of Jomba live out of schools and a football stadium in Rutshuru, where they have been since the middle of October, after fleeing from their homes about 25 km outside of Rutshuru because of fighting between rebel Tutsi leader, Nkunda, the FDLR, and Congolese government soldiers in the east of the Democratic Republic of Congo, December 10, 2007. Former Hutu militias suspected of participating in the genocide in Rwanda are operating a variety of militias in the Congo, and the Conoglese government is under pressure to fight them, though it has been accused of using the Hutu militias like th FDLR to fight as allies. Because of ongoing fighting between the government and these militias, thousands of civilians have been displaced from their homes across the region of North Kivu. In the last 12 months, about 410,000 Congolese civilians have been displaced by new fighting, and coupled with the previous 400,000 from past years, there are now about 800,000 internally displaced people in the DRC. (Credit: Lynsey Addario for The New York Times)