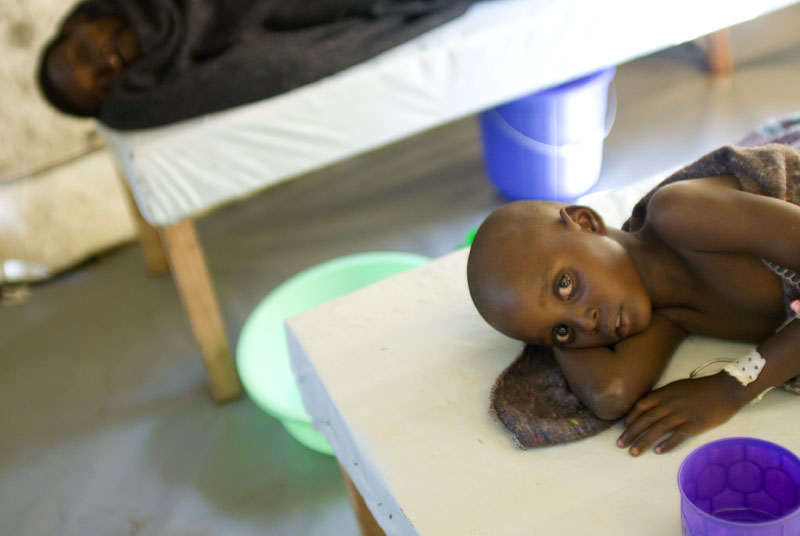 
Etienne, of Kiringi, lies sick with Cholera in the MSF-run hospital in Rutshuru, where about 50 Congolese people, most of whom have fled from their villages and are living as internally displaced people in camps or schools, are coming in each day for treatment of Cholera, in the east of the Democratic Republic of Congo, December 10, 2007. Because of ongoing fighting between the government and these militias, thousands of civilians have been displaced from their homes across the region of North Kivu, and are living in dire conditions, without proper sanitation, nutrition, and access to healthcare. In the last 12 months, about 410,000 Congolese civilians have been displaced by new fighting, and coupled with the previous 400,000 from past years, there are now about 800,000 internally displaced people in the DRC.