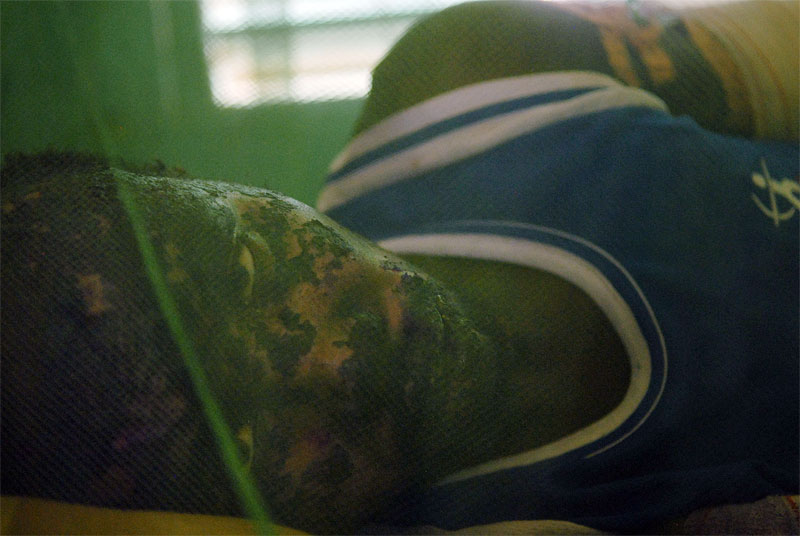 
Yousef Hamiz, 22, a Sudanese rebel with the Justice and Equality Movement, lies burned in a hospital in Iriba, Chad, October 15, 2006. Hamiz was in a car with five other rebels when it was attacked by Sudanese government forces near Tine, along the Chad Darfur border, and does not know what happened to his fellow fighters. Fierce fighting along the border of eastern Chad and darfur has sent dozens of Darfur rebels and Sudanese government troops wounded to hospitals in Chad.