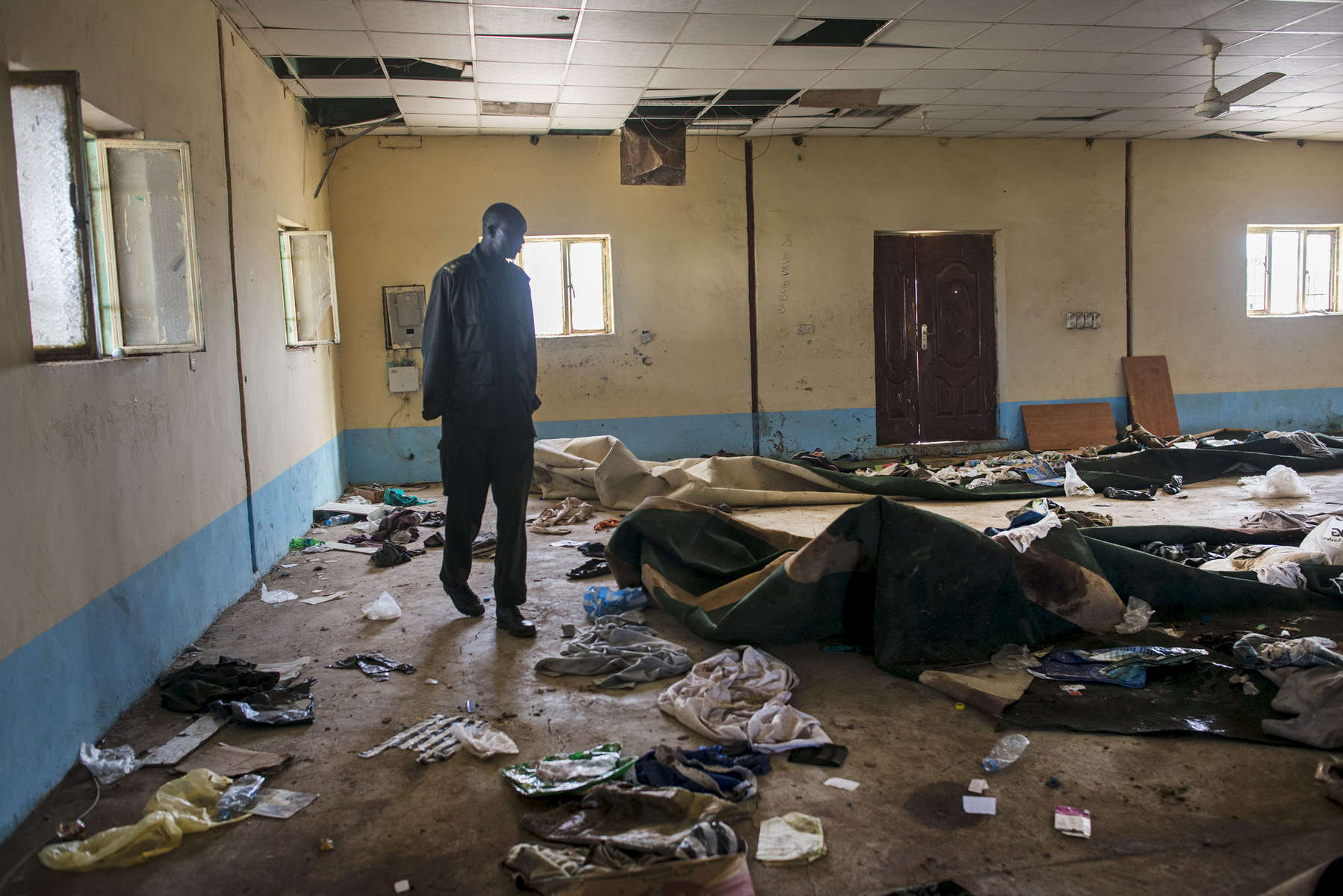 A Nu'er soldier with opposition forces walks through the remnants of clothing, trash, pages for the Koran, and blood left by the massacre at the Kali-Ballee mosque in Bentiu, where hundreds were executed while taking refuge from heavy fighting between government and incoming opposition troops on April 15, 2014 in Bentiu, South Sudan, May 3, 2014. The scene at the mosque in Bentiu was one of several masacres noted in the recent United nations report documenting human rights atrocities by both the government and opposition forces across South Sudan, where people were routinely killed based on their ethnicity. Over twenty-thousand internally displaced people live at the UNMISS base in Bentiu, and one million Southern Sudanese have been displaced from their homes as the civil war rages in the country, pitting ethnic Nu'er against Dinka. (Credit: Lynsey Addario)