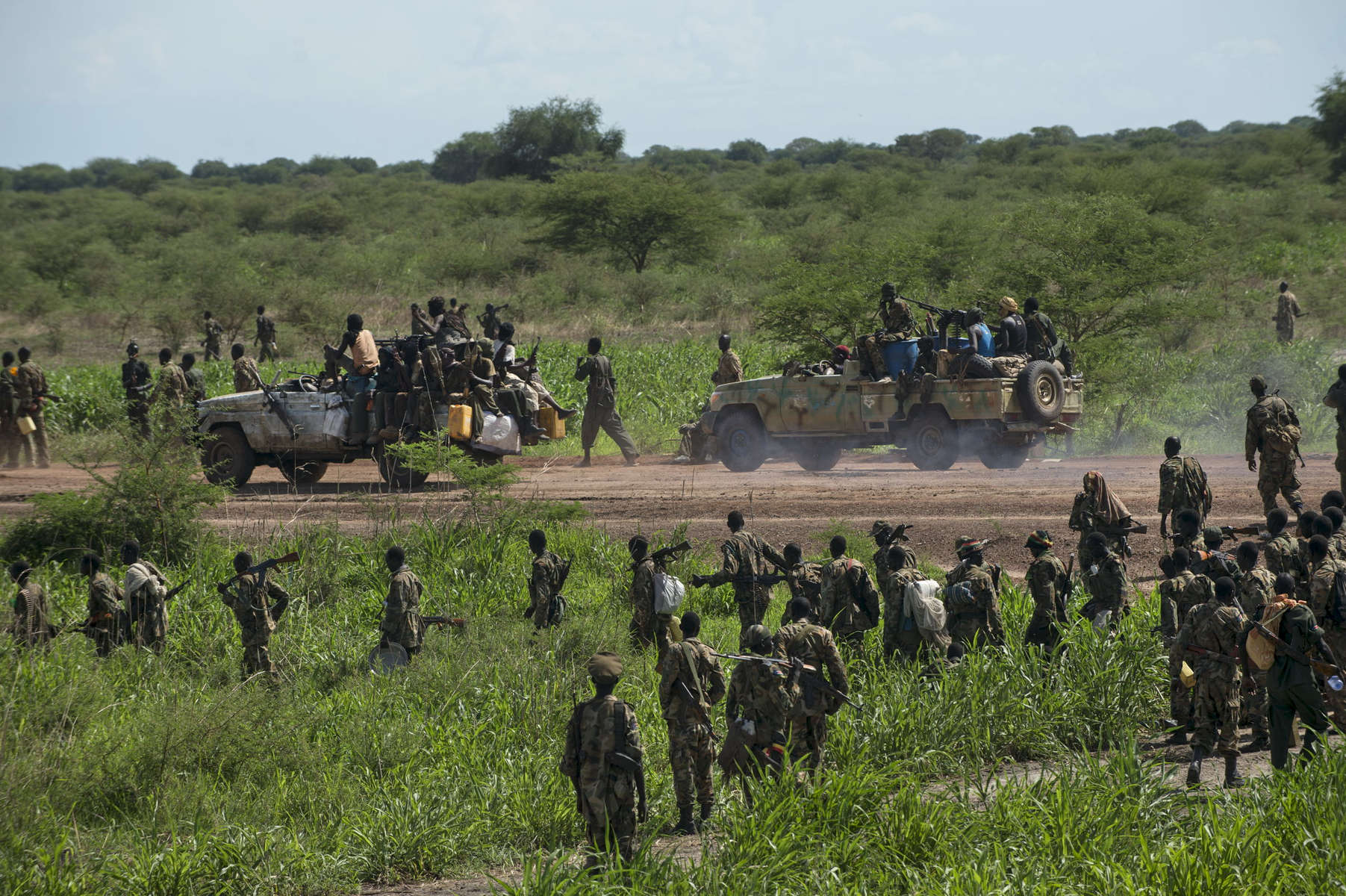 Soldiers with the Sudanese Peoples Liberation Army march towards the town of Bentiu in an effort to retake the town from rebel forces loyal to Riek Marchar only days after United States Secretary of State met with South Sudanese President Salva Kiir to try to broker an end to the fighting in the ongoing civil war in South Sudan, May 4, 2014. One million Southern Sudanese have been displaced from their homes as the civil war rages in the country, pitting ethnic Nu'er against Dinka. (Credit: Lynsey Addario for The New York Times)