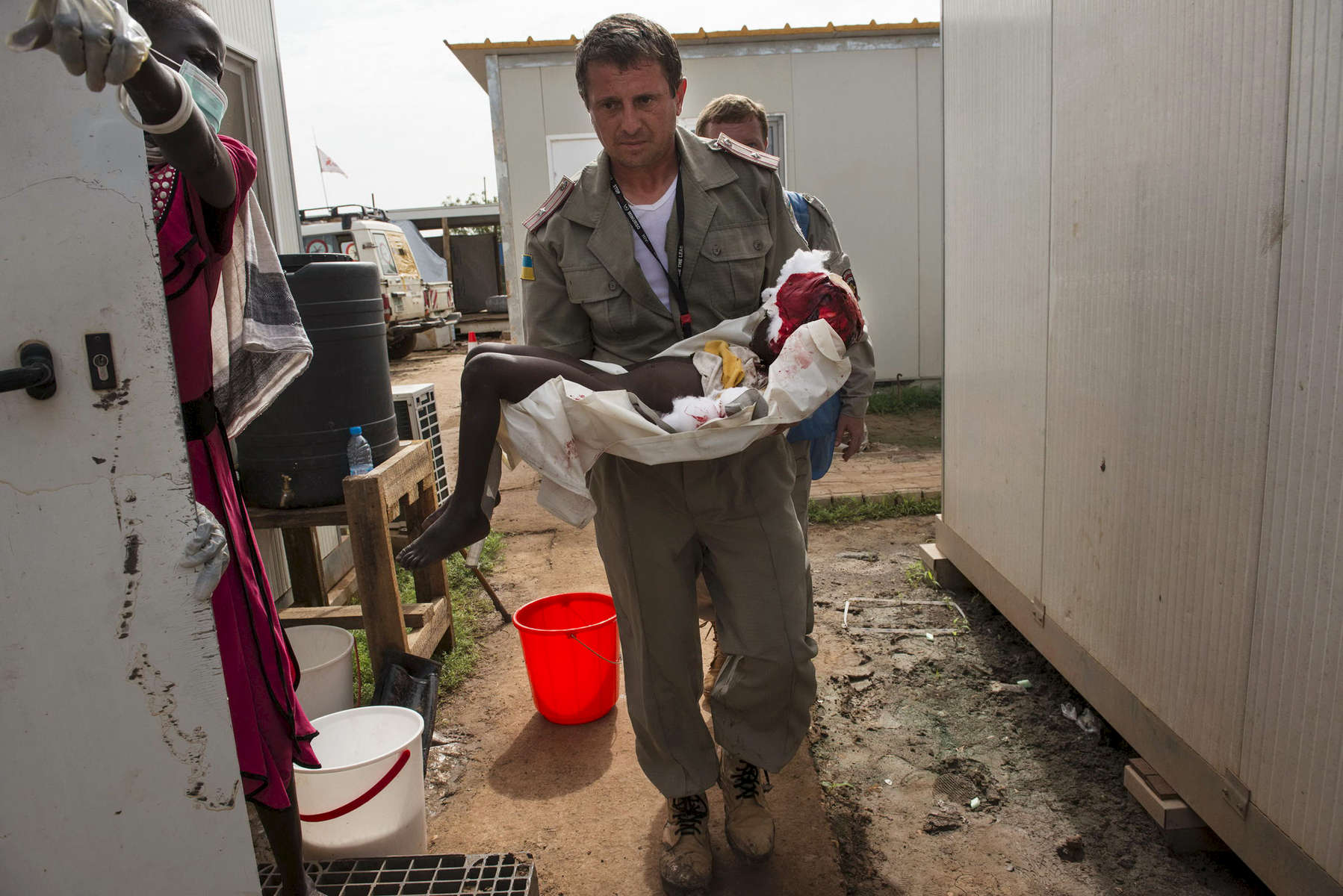 A Ukrainian UN Police Officer carries the body of Nyapes Lach, 4, towards the medical tent after she was shot in the head by crossfire while sitting in the camp for displaced at the United Nations Mission in South Sudan as fighting rages between government and opposition forces in Bentiu, South Sudan, May 4, 2014. Bentiu has changed hands between government and opposition control several times since the civil war began in December, and has been the scene of ethnic massacres where hundreds, if not thousands, have been killed in the past months, pushing over 20,000 into a camp for displaced inside the UNMISS camp outside the town. One million Southern Sudanese have been displaced from their homes as the civil war rages in the country, pitting ethnic Nu'er against Dinka. (Credit: Lynsey Addario)