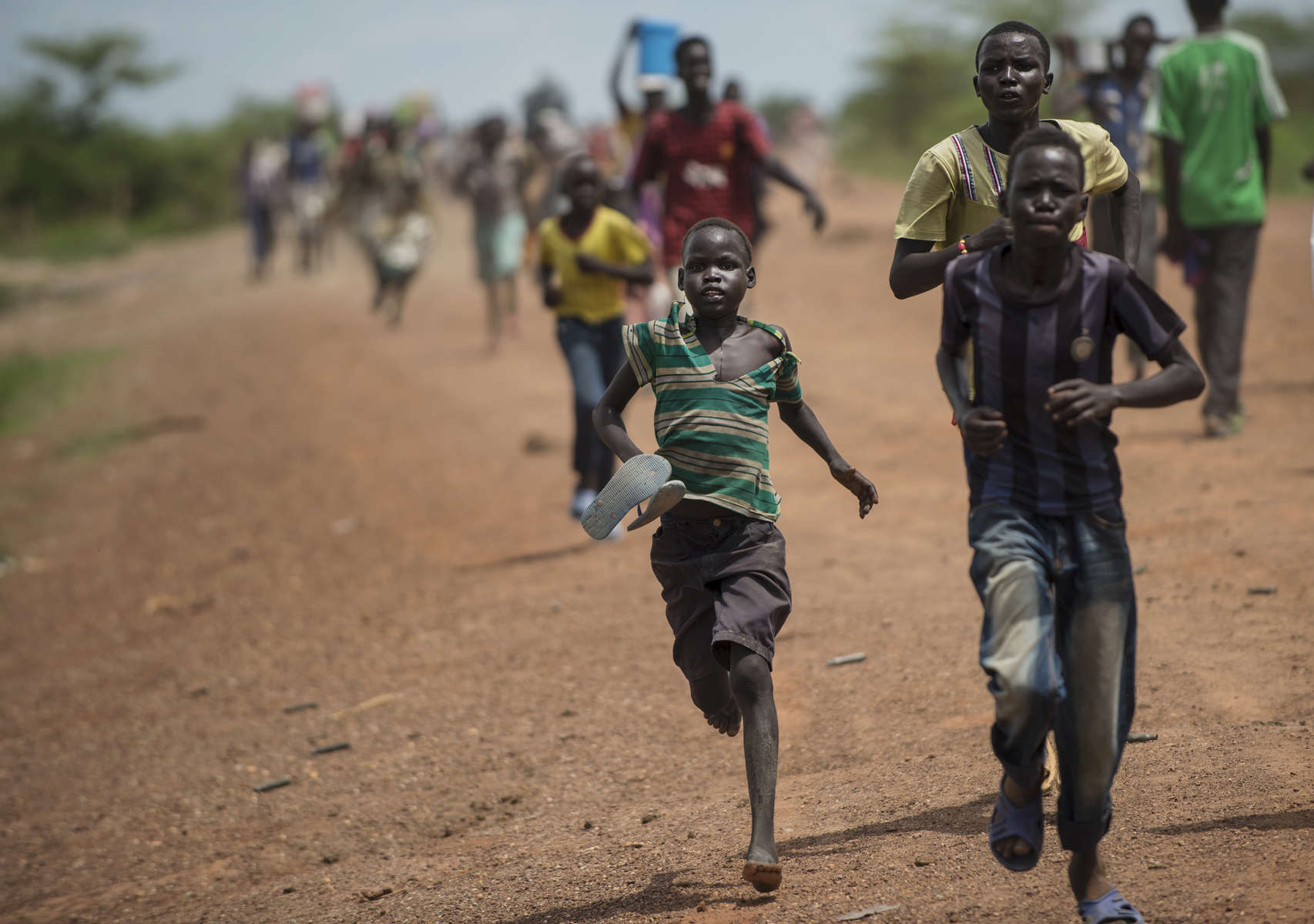 South Sudanese children and women run towards the camp for displaced at the United Nations Mission after fearing they saw a government troop in the bush as Soldiers with the Sudanese Peoples Liberation Army retreat from Bentiu following heavy battle with the opposition forces in South Sudan, May 5, 2014. One million Southern Sudanese have been displaced from their homes as the civil war rages in the country, pitting ethnic Nu'er against Dinka. (Credit: Lynsey Addario for The New York Times)