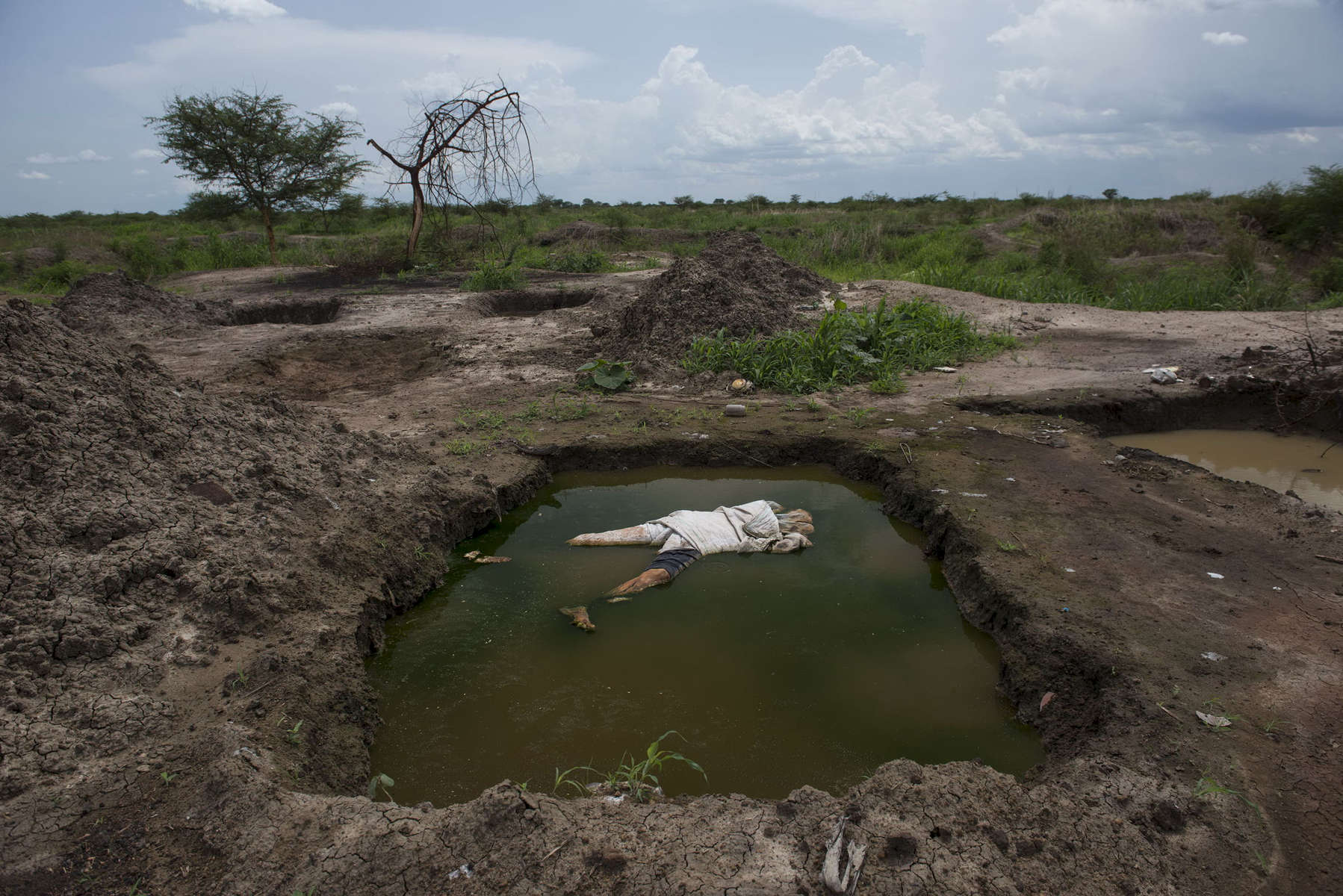 A dead body floats in one of many graves dug by UNMISS in anticipation of more dead from the ongoing civil war between government and opposition forces in Bentiu, South Sudan, May 5, 2014. Roughly one million South Sudanese have been displaced from their homes and thousands have been killed since fighting began in December 2013. (Credit: Lynsey Addario for The New York Times)