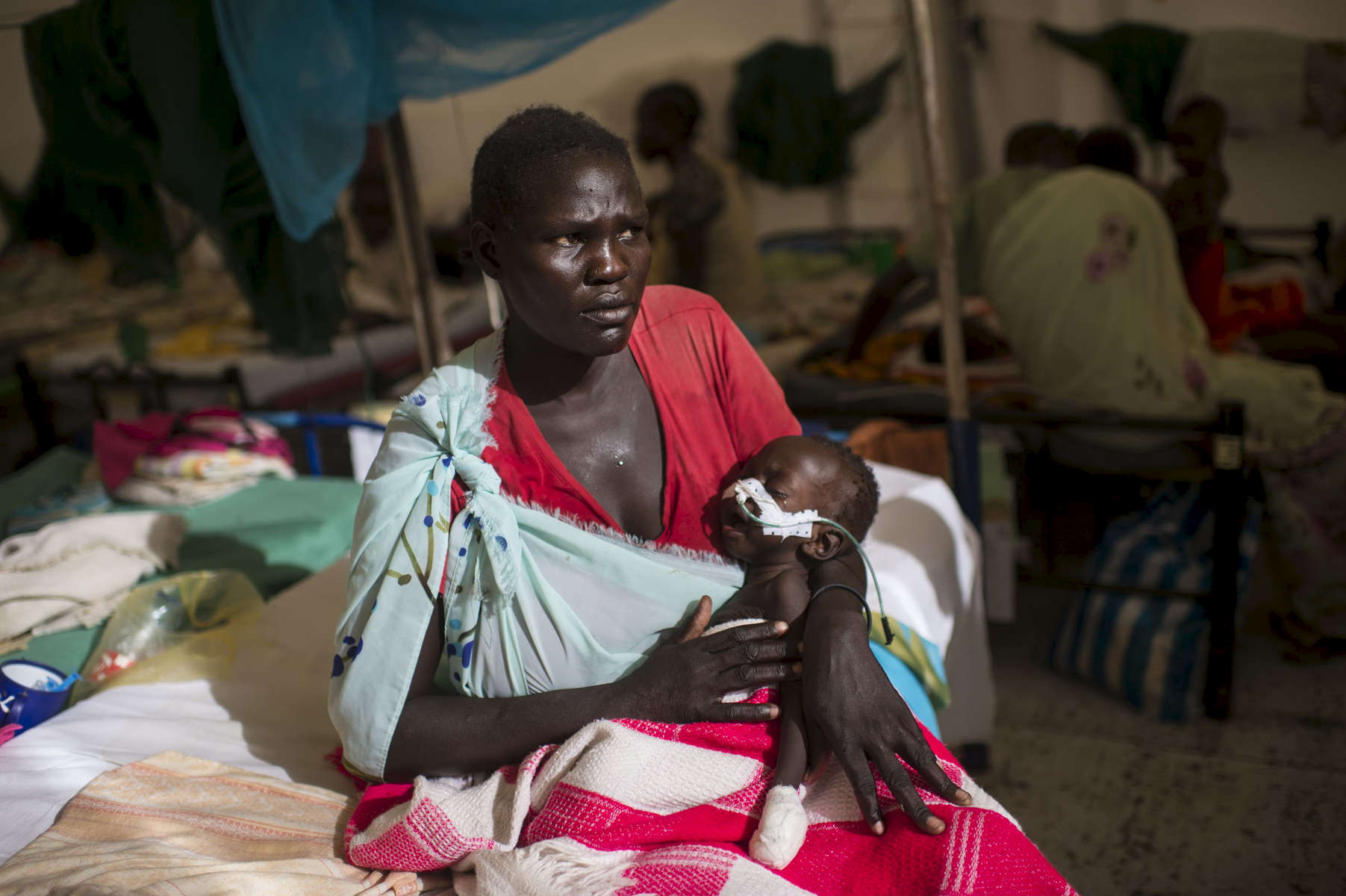 Nyakar Unwa, 34, holds her severely malnourished daughter, Monday, 6 months, who is being treated for malnutrition and additional complications at a tent hospital run by Doctors Without Borders at the base of the United Nations Mission in South Sudan base in Malakal, in the Upper Nile region, South Sudan, May 11, 2014. Nyakar, who has seven children, was displaced from her village of Owach during the civil war, and her family lost everything: their crops, cattle, and home. They were forced to sell their clothes for food. One million Southern Sudanese have been displaced from their homes since the start of the civil war in December 2013, pitting ethnic Nu'er against Dinka. Because of continued fighting, many have been unable to plant crops to harvest the next season, and aid organizations have been unable to preposition food in anticipation of the rainy season. According to the United Nations official coordinating humanitarian aid in South Sudan, if the civil war doesn't stop, and the country does not receive international aid, South Sudan will face the worst starvation in Africa since the 1980s, when hundreds of thousands of people died in Ethiopia’s famine. (Credit: Lynsey Addario for The New York Times)