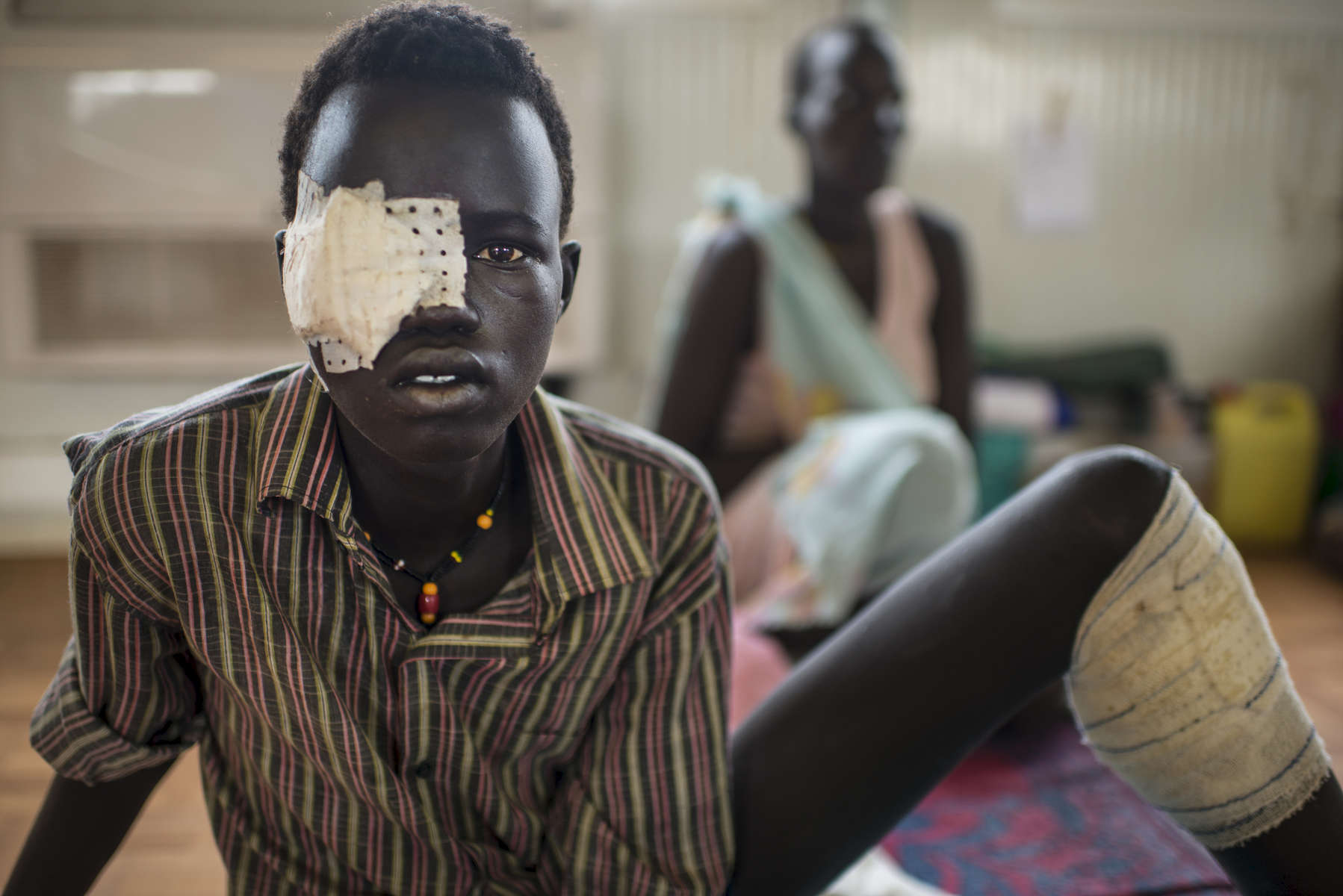 Lat Padang, who claims to be 18, a soldier with the opposition army, sits injured from battle while his mother sits in the background at a tent hospital at the base of the United Nations Mission in South Sudan in Bentiu, South Sudan, May 4, 2014. Fighting between the government and the opposition has been going on since December 2013, and both sides are assumed to use child soldiers in combat despite international pressure and norms discouraging this. Most combatants are careful not to admit to being under 18 because of potential backlash, so it is difficult to confirm based on appearances who is and who is not a child soldier. Over twenty thousand internally displaced civilians live at the UNMISS base in Bentiu, and one million Southern Sudanese have been displaced from their homes as the civil war rages in the country, pitting ethnic Nu'er against Dinka. (Credit: Lynsey Addario)