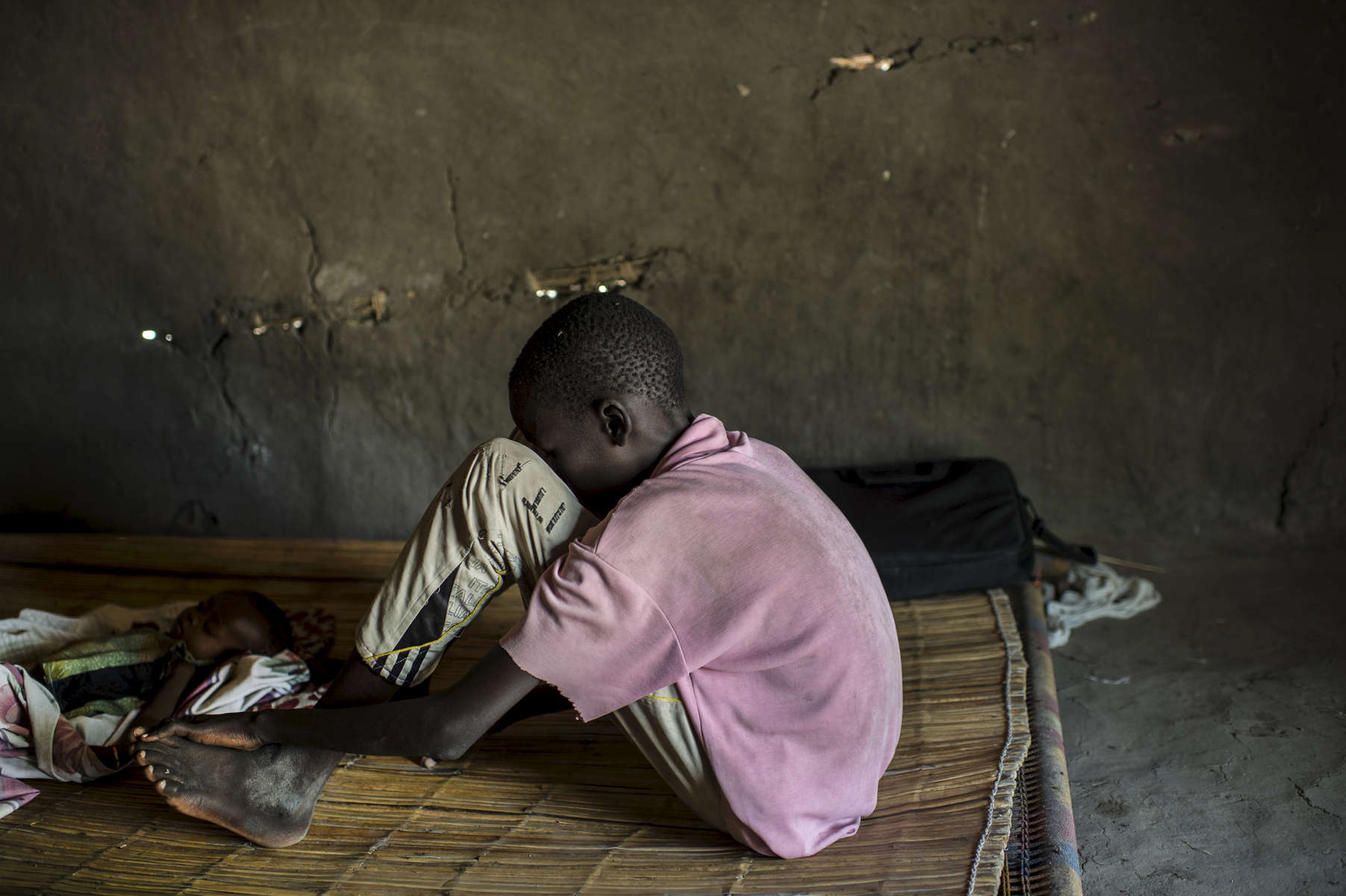 A South Sudanese boy who was the sole survivor of the 22-23 October 2015 incident in which government forces closed some 50 men in a shipping container for 36 hours until they suffocated is interviewed in a safe house in Leer, in Unity State, South Sudan, March 19, 2016. When fighting raged throughout Leer in 2014 and 2015, most of the population fled, leaving civilians unable to harvest crops,and many struggling to find food. The city of Leer, once a bustling city and headquarters of opposition leader Riek Marchar, is now a ghost town reduced to rubble and the carcases of buildings. (Credit: Lynsey Addario for Time Magazine)