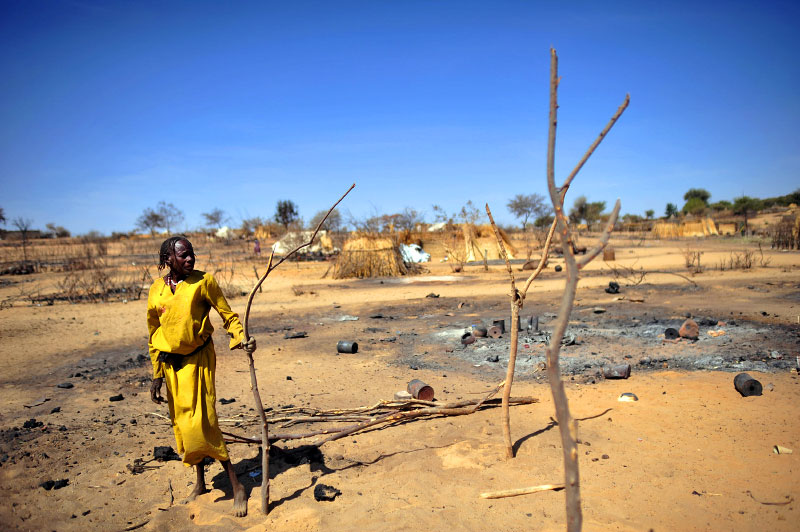 
Fadila Ahmed Mohamat stands in the ashes of her home as she and other Sudanese civilians pick through the remains of their burned-out huts, and start to rebuild in the village of Abu Surouj, as troops with the United National African MIssion in Darfur patrol the area, in Abu Surouj, West Darfur, Sudan, February 28, 2008. Abu Surouj was bombed on February 8, 2008, along with two other villages north of Geneina by the Sudanese government and simultaneously attacked by armed men on camels, horseback and donkeys, otherwise known as Janjaweed, sending thousands of civilians fleeing the area. The government spate of bombings was in response to an ambush two months prior by rebels from the Justice and Equality Movement, and subsequent intelligence that JEM members were living in these villages and using them as a base. After a period of relative quiet, there has been a great deal of renewed fighting between the Sudanese government with militias loyal to the government and rebel factions, namely JEM. Dozens of civilians in Selean, Sirba, and Abu Surouj were killed in the attacks around February 8th,many others were injured, and a large percentage of each of the three villages was burned to the ground.