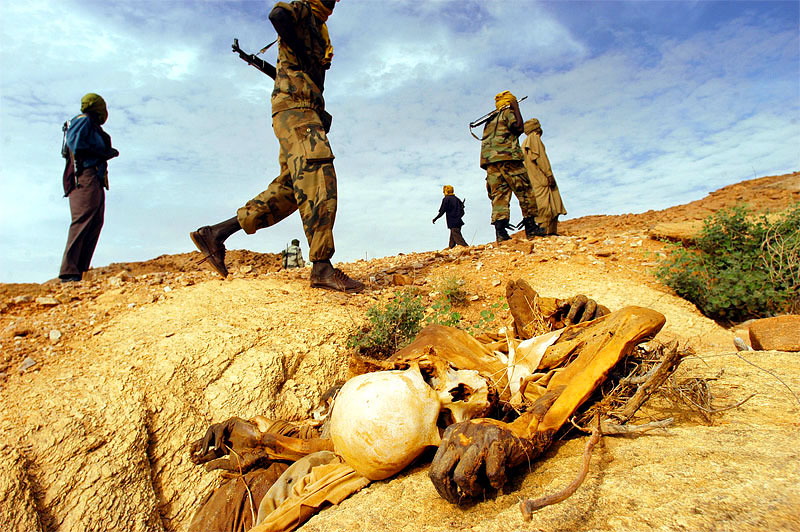 
Sudanese Liberation Army soldiers walk past a dead body left from an attack on civilians in the district of Farawyaiah, Darfur, August 24, 2004. Sixteen bodies lay in the surrounding ravines after men from five nearby villages were killed allegedly by Janjaweed backed by Sudanese Government forces.