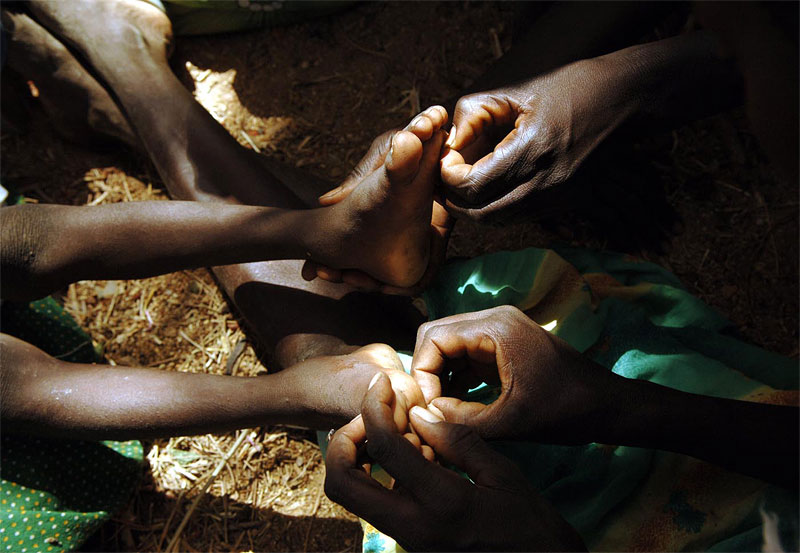 
Women from Tama village pick thorns out of the feet of Ibrahim Abakar Ismael, 6, as he lies with his grandmother shortly after being picked up by the African Union three days after he and others fled Tama village as it was being attacked by Janjaweed soldiers in South Darfur, Sudan, October 26th, 2005. Ismael's parents were both killed in the attack on his village, leaving him with only his grandmother. More than two years after Darfur's civil war began between Africans and Arab Janjaweed, backed up by the government, hundreds of thousands of people have been killed, and almost a million have been displaced by ongoing attacks.