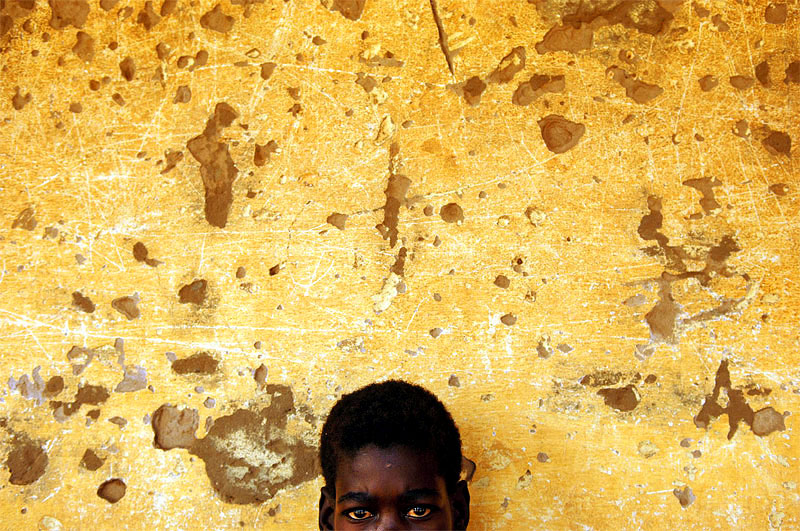 
A young boy sits against a shrapnel-scarred wall while attending a rebel conference for the Sudanese Liberation Army in Haskanita, in SLA territory in Darfur, Sudan, October 2005. As fighting continues throughout darfur between Arab nomads backed by government forces and ethnic Africans led by SLA fighters and other rebel groups, hundreds of thousands of Darfurians have been displaces, and thousands killed in fighting.