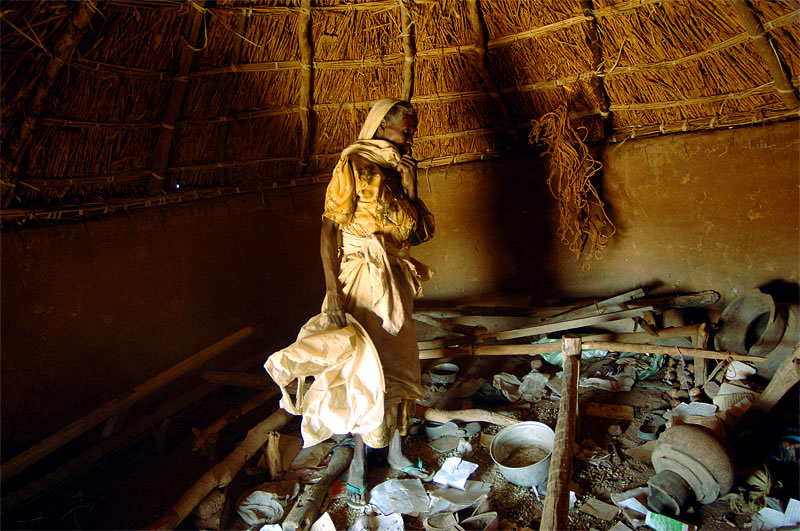 
A woman from Tama village inspects her hut for the first time since fleeing after her village was attacked by Arab Nomads allegedly backed by government forces North of Nyala, November 2005. Around 40 people were killed in the massacre almost two weeks prior, leaving the survivors displaced to a nearby village. Hundreds of villages have been burned and pillaged throughout Darfur by Arab Nomads, leaving hundreds of thousands of civilians displaced throughout the country.