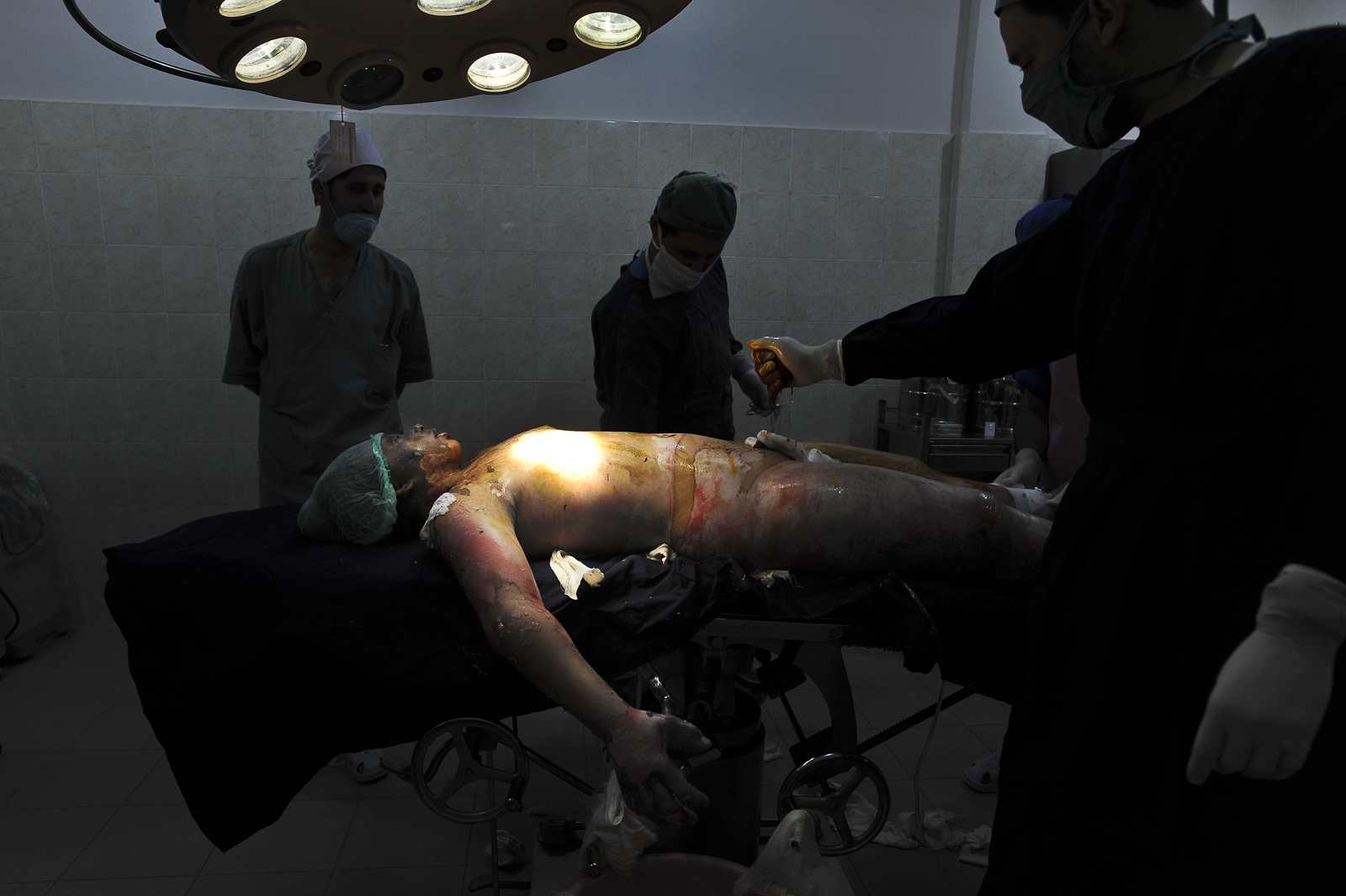 In Esteqlal Hospital in Kabul, doctors tried to save 15-year-old Zahra, who had doused herself with petrol and set herself on fire after she was accused of stealing from her neighbors. The teenager, from Mazar-e Sharif, suffered burns over 95 percent of her body. She died three days after I took this picture.