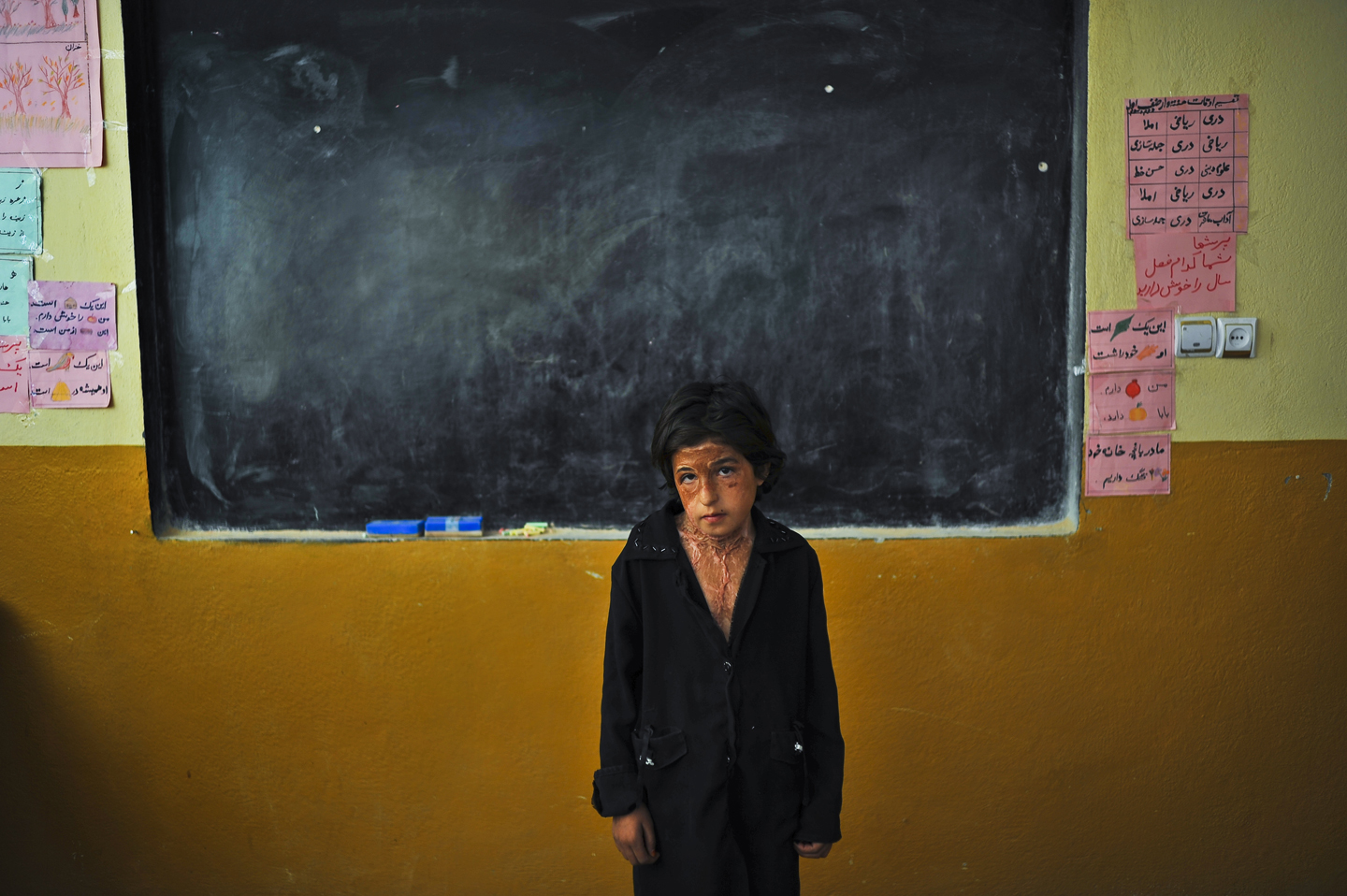 "I took the bottle of petrol and burned myself," Fariba, who is 11 and lives in Herat, told me. "When I returned to school, the kids made fun of me. They said I was ugly." She now says, "I regret my mistake." The reasons for her action are unclear; Fariba claimed a woman came to her in her dreams and told her to burn herself. Many Afghan women burn themselves because they believe suicide is the only escape from an abusive marriage, abusive family members, poverty, or the stress of war. If they do survive, women fear being shamed or punished for what they did and may blame a gas explosion when they were cooking. Doctors know when the burns were intentional from their shape, location, and smell.