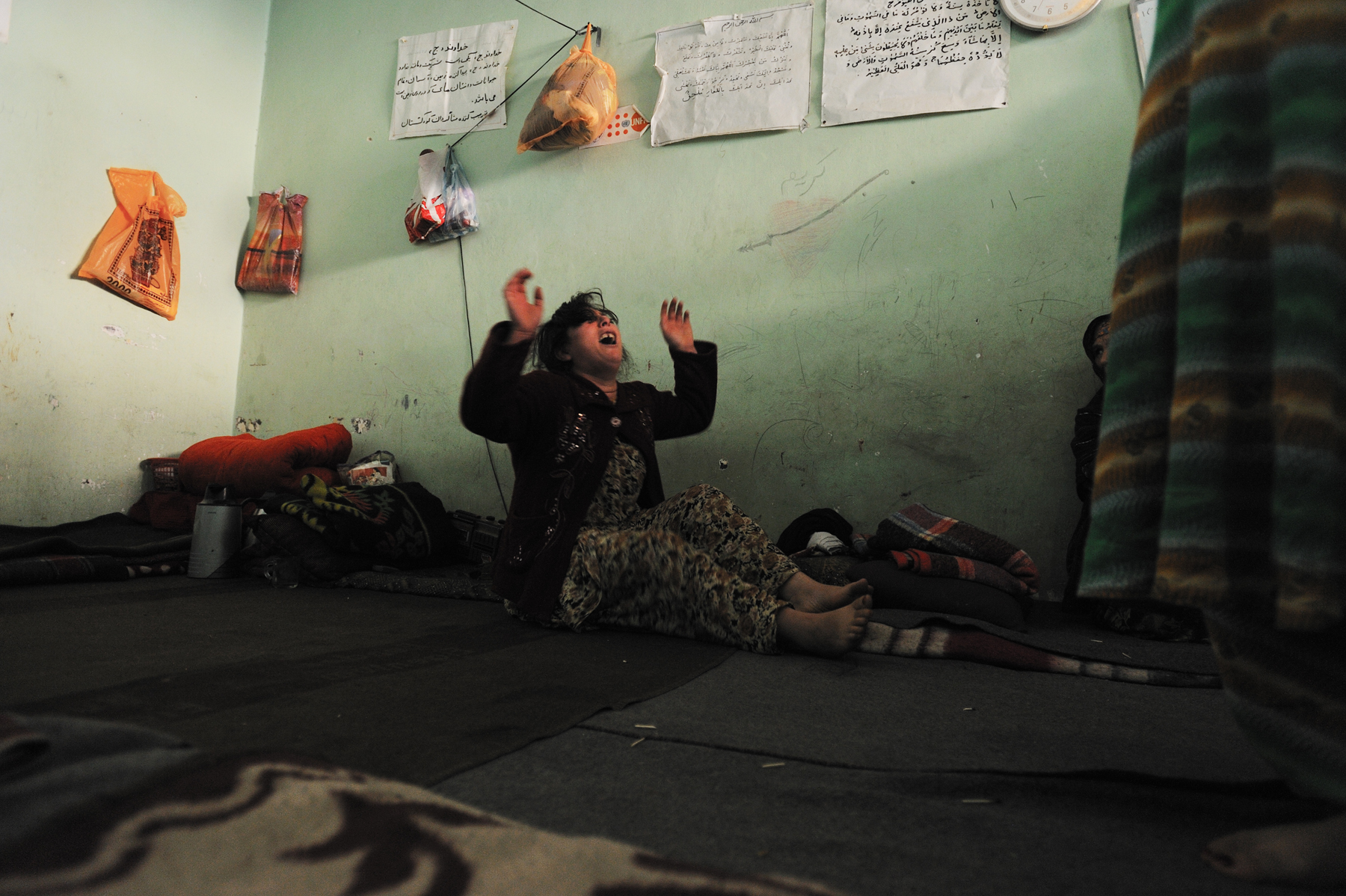 A female inmate at a Mazar-e Sharif prison has just been released, prompting Maida-Khal, 22, to cry out because she is still trapped in her cell. When Maida-Khal was 12, she was married to a man of about 70 who was paralyzed. "I was so young, I couldn't carry him because he was so heavy, so his brothers would beat me," she recalls. When she asked for a divorce four years ago, she was imprisoned. "I am in jail because I don't have a mahram [male guardian]. I can't get a divorce, and I can't leave prison without a man." She says, with remarkable understatement, "I have had a difficult life."