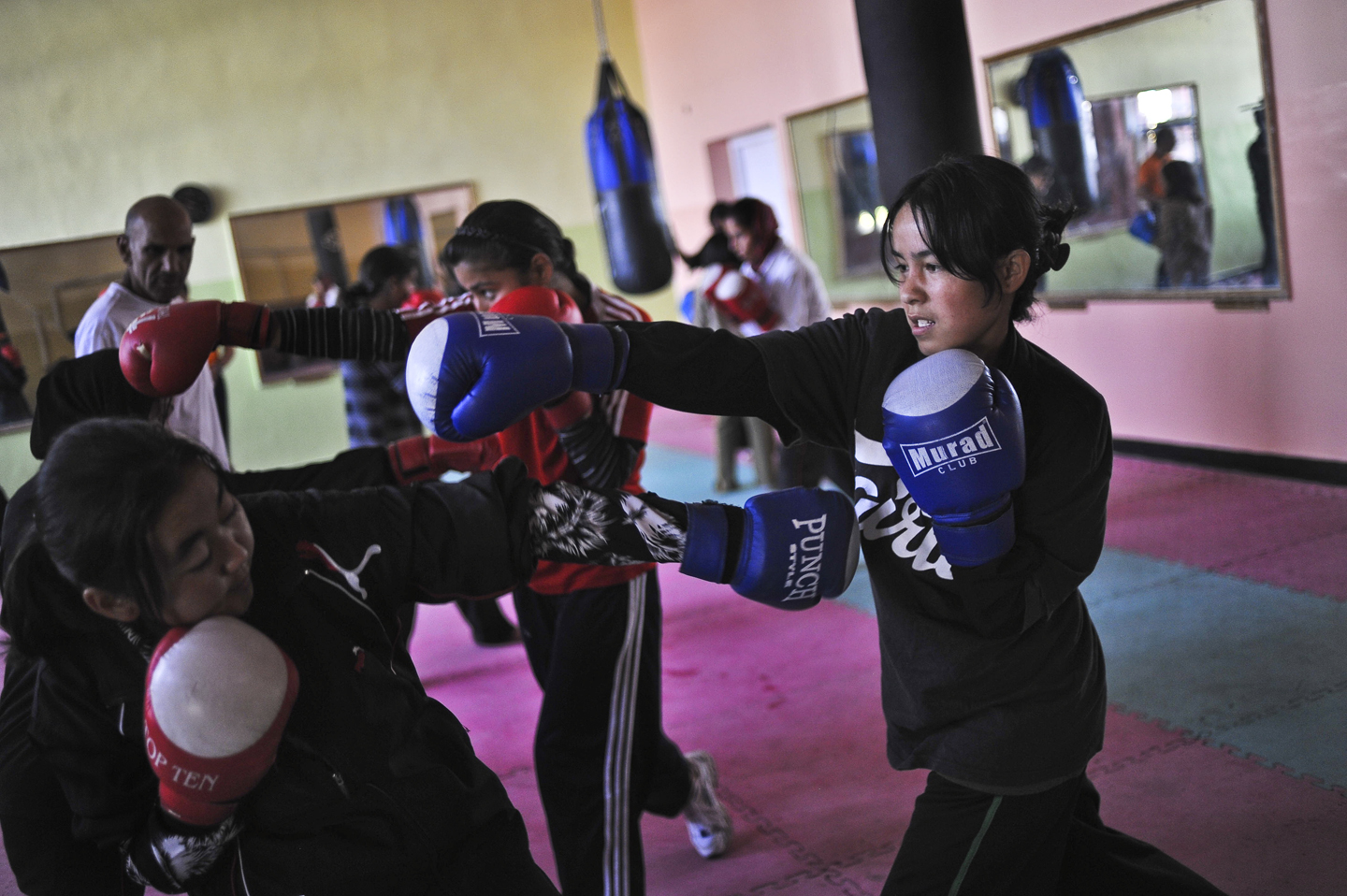 These young Afghan women are part of a team that will compete at the 2012 Summer Olympic Games in London, where women's boxing will debut as an official sport. The athletes triumphed just by getting their families to sign on to the idea of their daughters participating in sports. During matches in public venues, the members of the Oxfam-supported team, now competing in South Asia, cover their hair with hijab worn beneath their head guards. That's not a problem for the International Boxing Association, as long as the boxer's face is clearly visible. Here, practicing indoors in Kabul, they can go bareheaded.