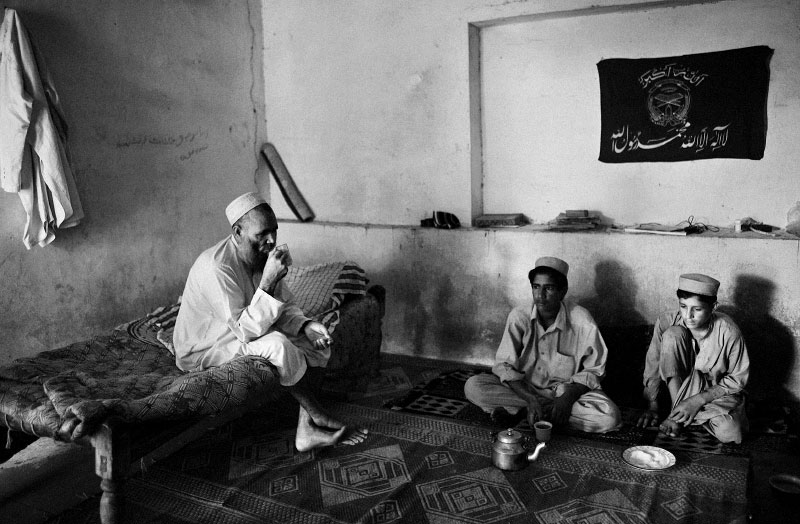 
Pakistani and Afghan students study at the Al Jamiat ul Islamia Jamat Ishat Tauheed wal Sunnah madrassa in Peshowar, Pakistan, July 8, 2008. Madrassas in Pakistan have traditionally been the incubator for Jihadist thoughts, though each Madrassa has varying degrees of conservatism, and amount it promotes Jihad. The Salafi branch of Islam is the most conservative, and emphatically promotes it members to fight Jihad, while the Towheed and Deobandi (Taliban in Afghanistan study in Deobandi madrassas) both preach jihad, but let its followers decide to what degree they would like to carry it out. 'Go for Jihad in the way of Allah' is a verse from the Koran, and all Muslims in all Madrassas are taught this--though some emphasize it more than others. Since the start of the American-led war in Afghanistan in 2001, the Taliban has gradually infiltrated the areas surrounding Peshowar, and many come into Peshowar from the tribal area, increasing tensions in Peshowar