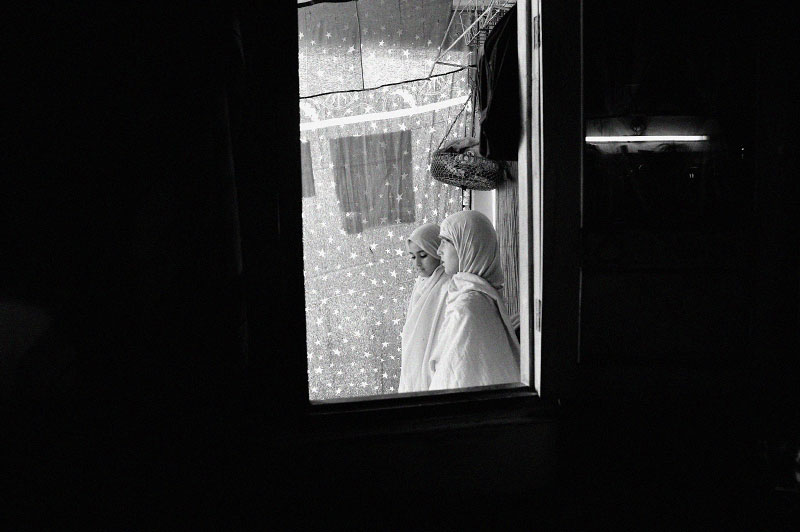 
Young girls study the Koran in a private home in Saidu Sharif City, next to Mingora in Swat, in the heart of the tribal area in Pakistan, July 2008. Since 1995, the Taliban and other religious groups have been trying to bring Mingora under Sharia law, or Islamic Law, rather than the traditional tribal law carried out in the Pakistani tribal areas, and locals are under increased pressure to abide by very conservative branch of islam. While the tribal area was once a safe, beautiful area of Pakistan, there are now bombings carried out by the Taliban against various locations, including police stations and hotels, and local families fear to even let their children out of the house.