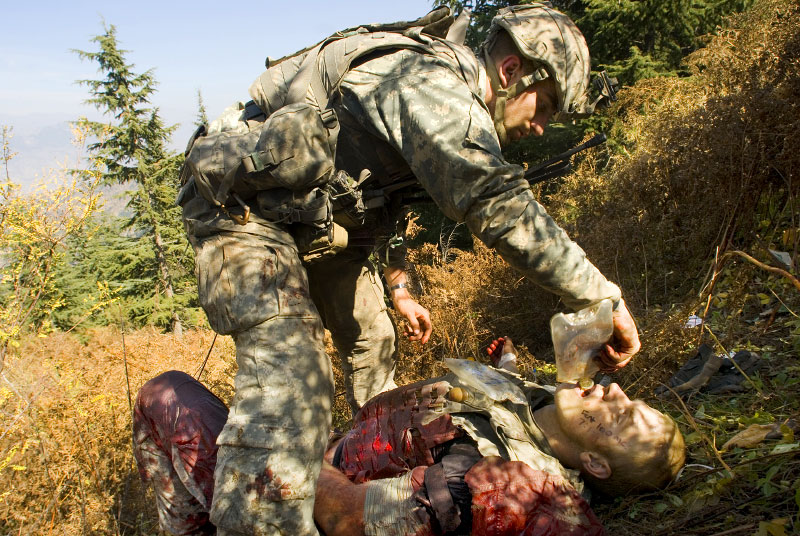 
American soldiers with the 173rd battle company, on a battalian-wide mission in the Korengal valley, looking for caves and weapons caches and known Taliban leaders.

In photo: Tanner Stichter tends to Specialist Carl Vandeberge in the bushes moments after Vandeberge was shot in the stomach during a Taliban ambush, which killed one soldier, and wounded two others. Spc. Carl Vandeberge and Sgt. Kevin Rice, the other wounded soldier not shown here, were medevaced out by blackhawk for surgery. October 23, 2007.