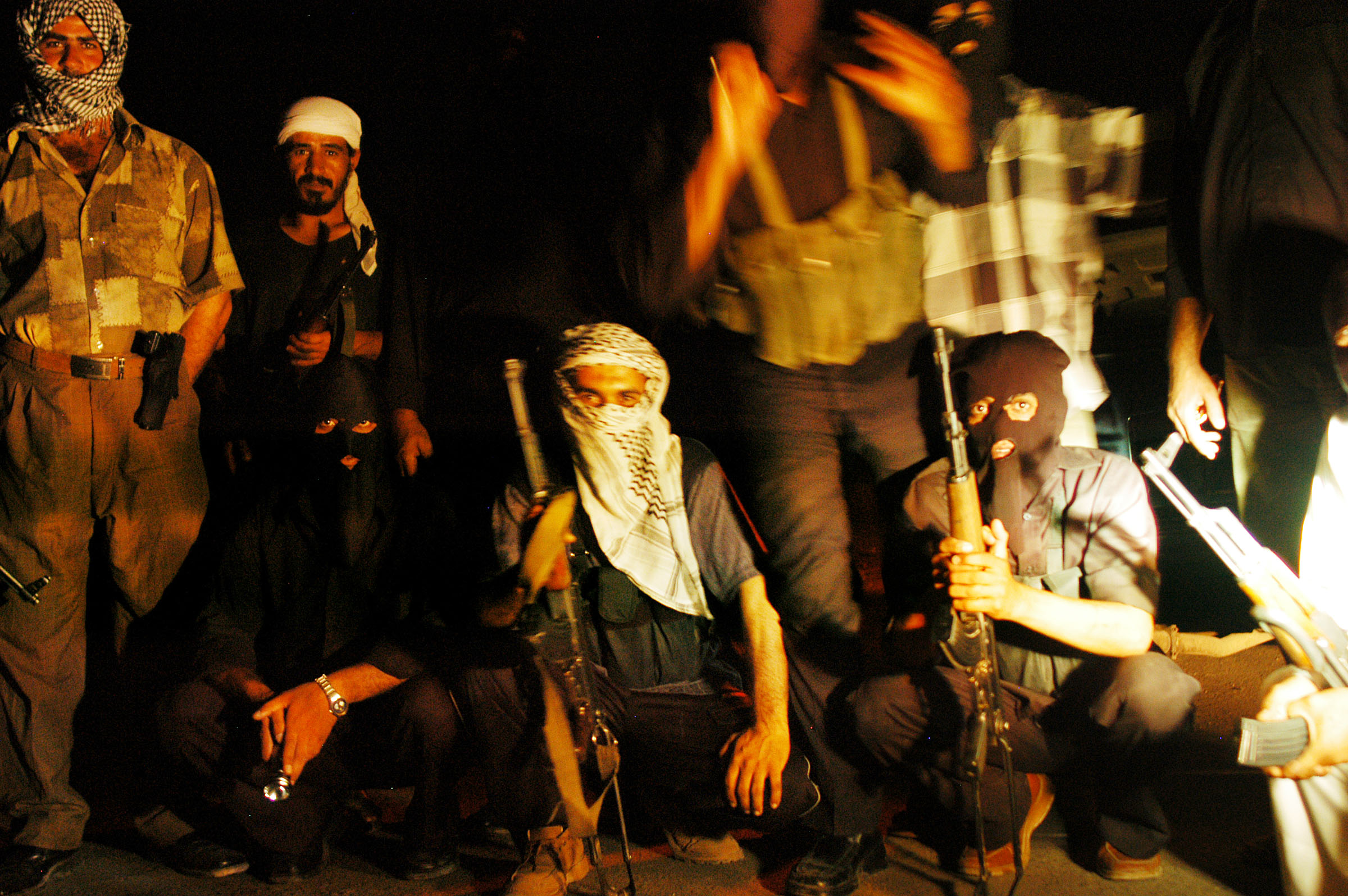 Members of the Mahdi Army pose for a picture while on a night patrol through Sadr City after midnight, July 25, 2004. Since the handover to Iraqi sovereignty, militias like the mahdi army are quietly being used by the administration in coalition with government police forces to help stablilize troubled and crime-ridden areas throughout the country.