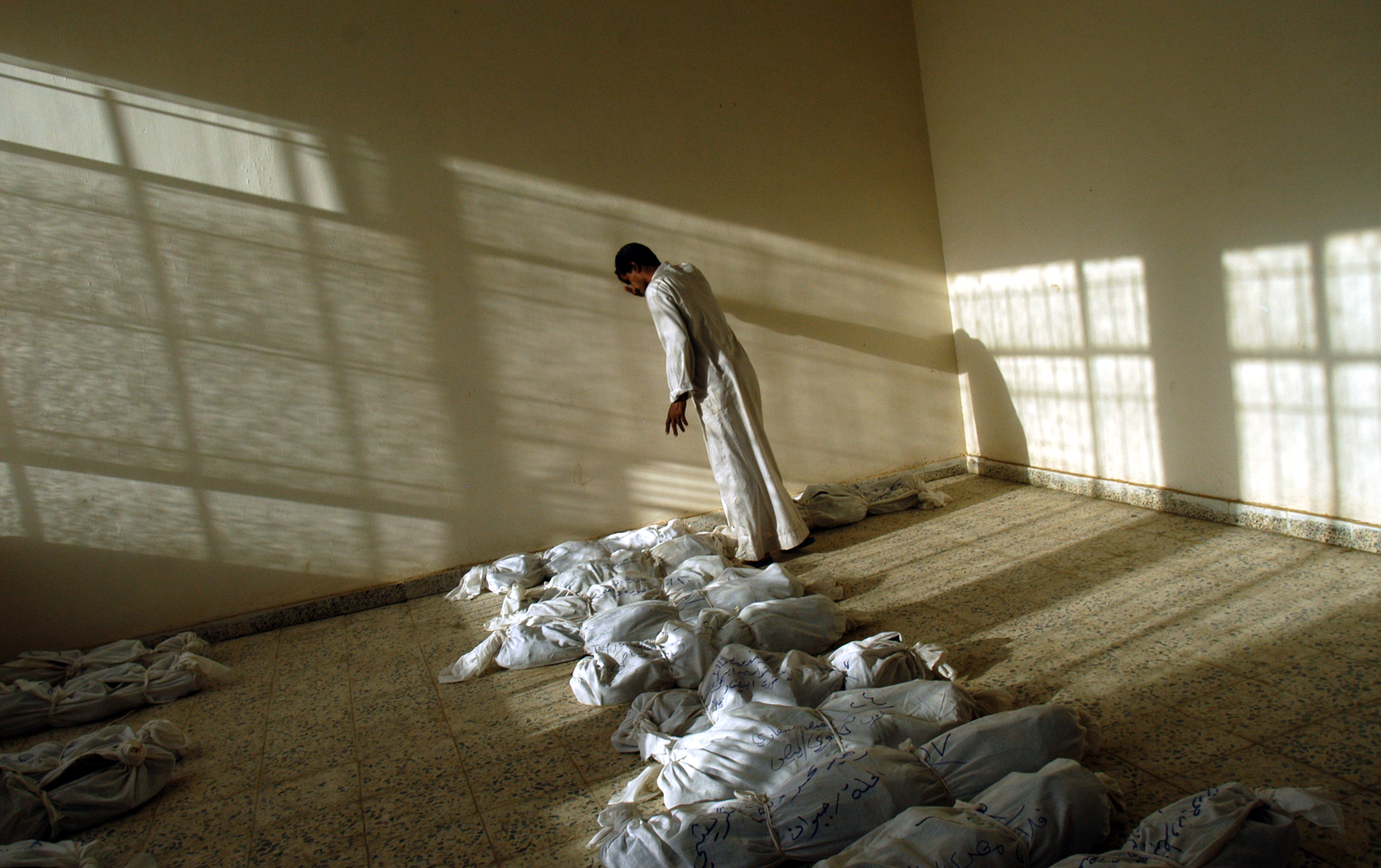 An Iraqi man leans against the wall as he walks along rows of remains of bodies discovered in a mass grave South of Bagdad, and lied out in a building in Iraq, May 29, 2003. Since the fall of Saddam Hussain's regime in Iraq, thousands of bodies have been pulled from mass grave sites around the country, evidence of the brutal, bloody regime of the former dictator.