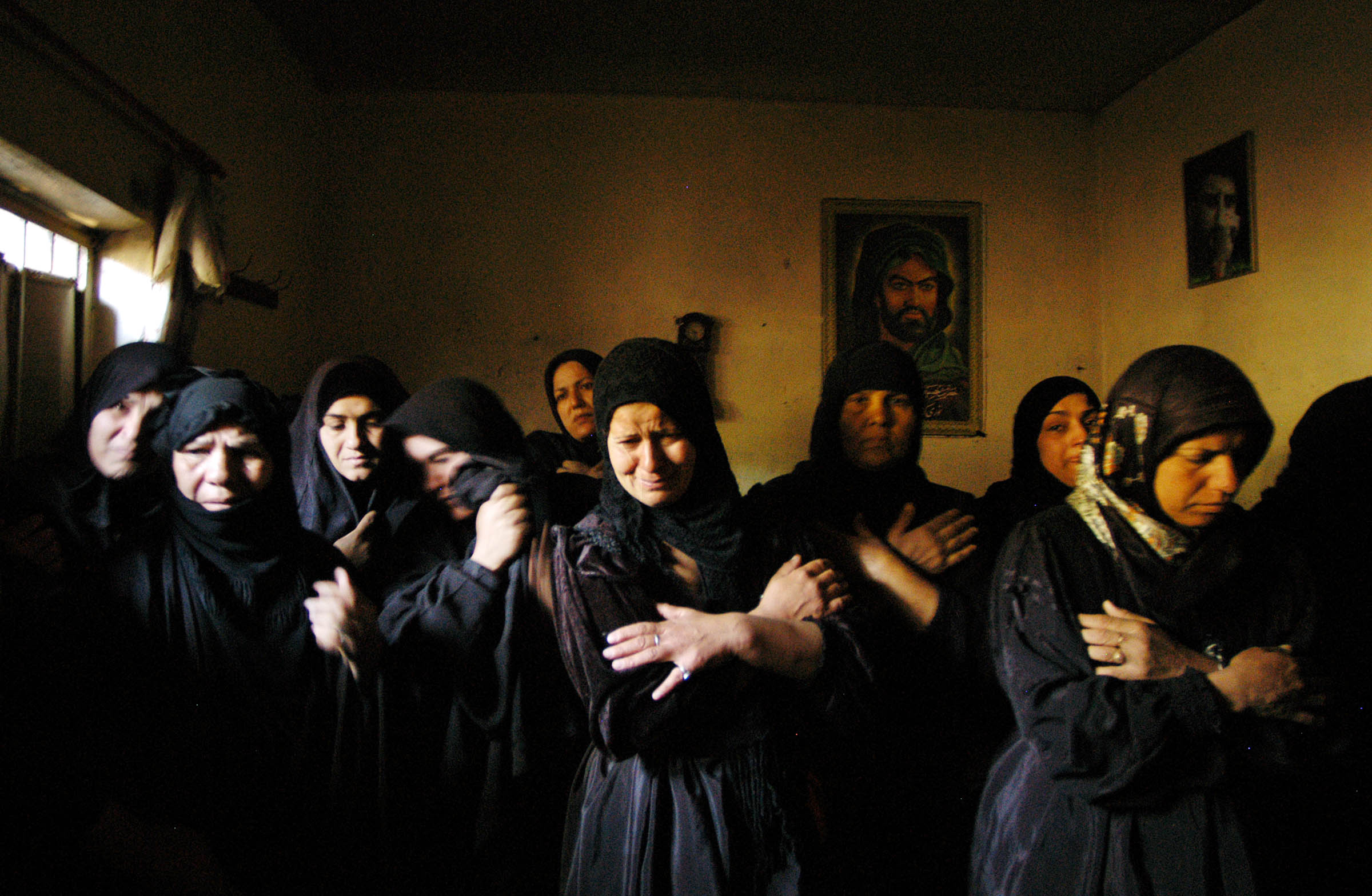 Relatives of Salman Nama Naser, 63, mourn his death at their home in Sadr City, following a day of battle between followers of Iraqi Shiite followers of Muqtada Al Sadr and coalition forces, April 5, 2004. Dozens of Iraqis have died, as well as at least 9 coalition troops in nationwide fighting across Iraq.