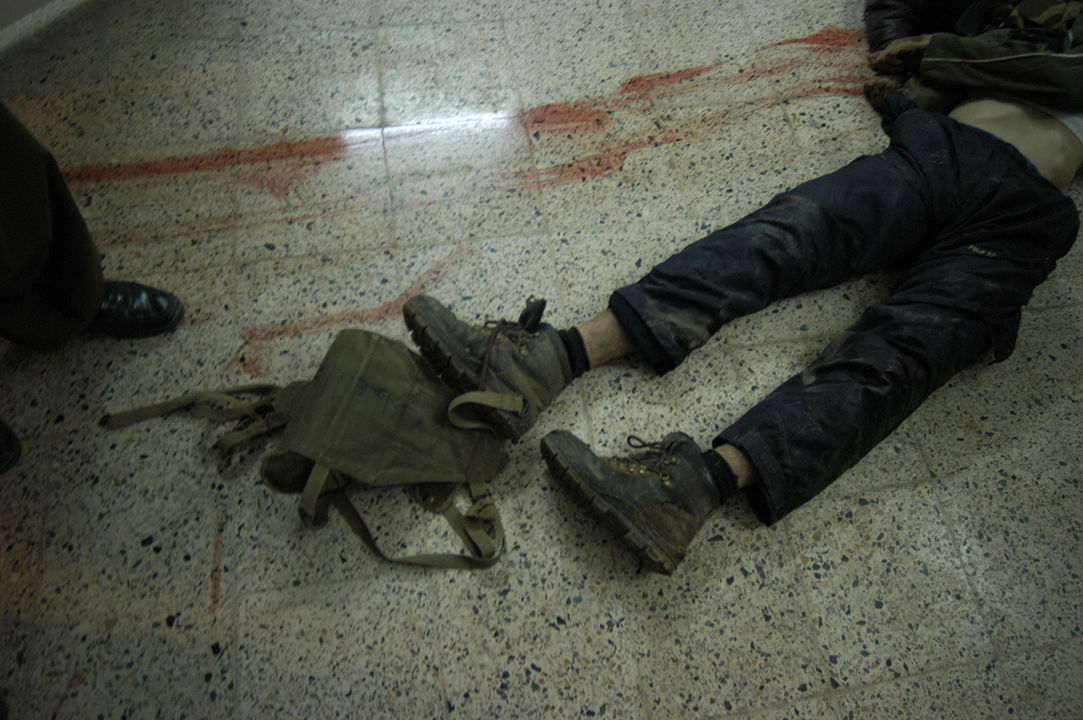 Kurdish Peshmerga and morgue workers carry bodies of nine Ansar fighters killed in the US-lead war against Ansar, the fundamentalist group with alleged ties to Al Quaeda, March 30, 2003. Fighting has been taking place throughout Northern Iraq, along the border of Iran, where Ansar had strongholds throughout villages and in caves in the region. The United States has been leading several simultaneaous wars throughout Iraq and Northern Iraq, both in the name of overthrowing Saddam Hussains regime, and in the War against terrorism.