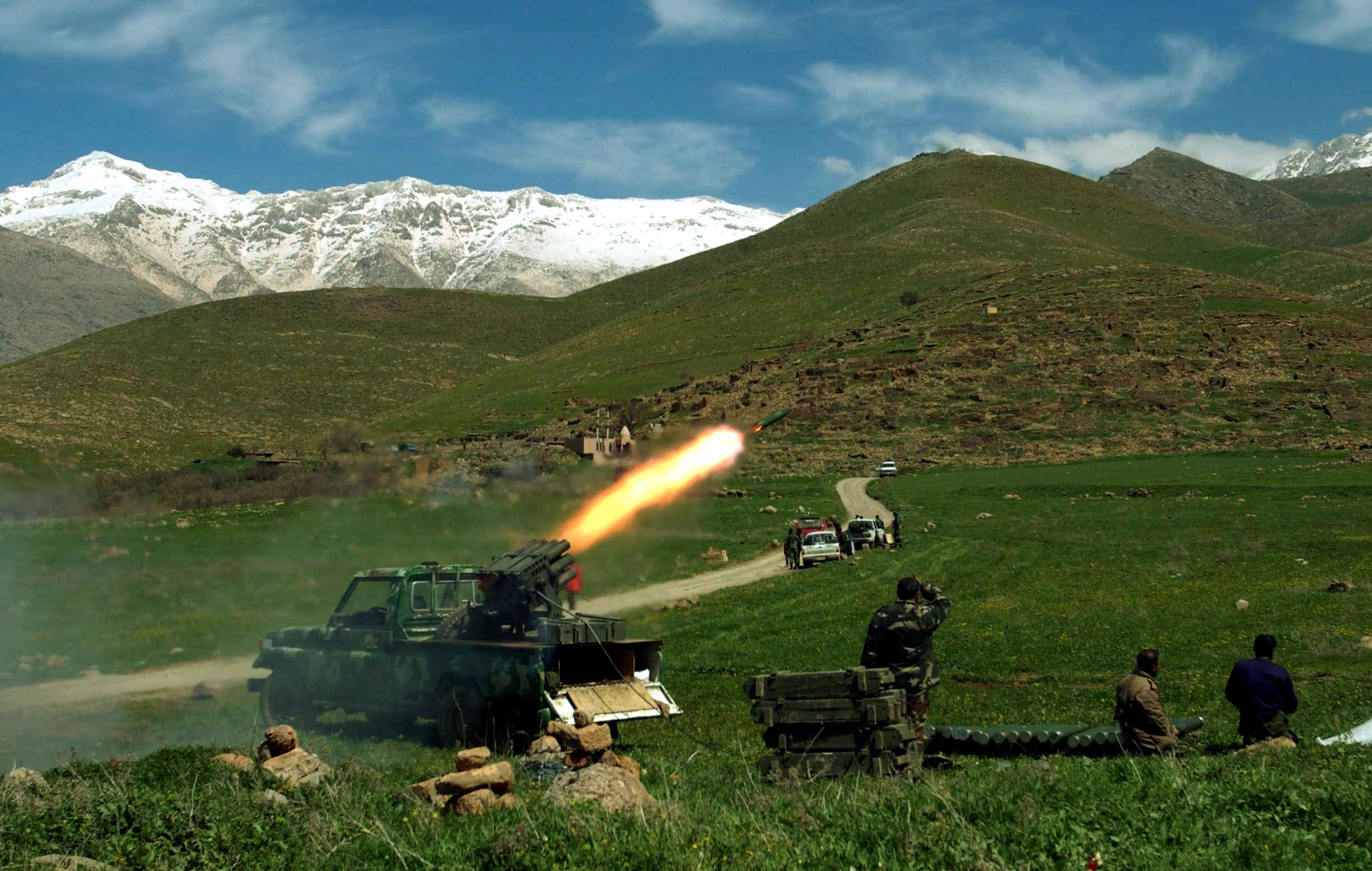 Kurdish Peshmerga fire rockets at Ansar territory whileduring a US-lead war in coalition with Kurdish fighters against the fundamentalist group qwith alleged ties to Al Quaeda near Halabja, Northern Iraq, March 30, 2003. The United States is leading a war on several fronts throughout Iraq and Northern Iraq both in the name of the War on Terrorism and to overthrow Iraqi ruler Saddam Hussain.