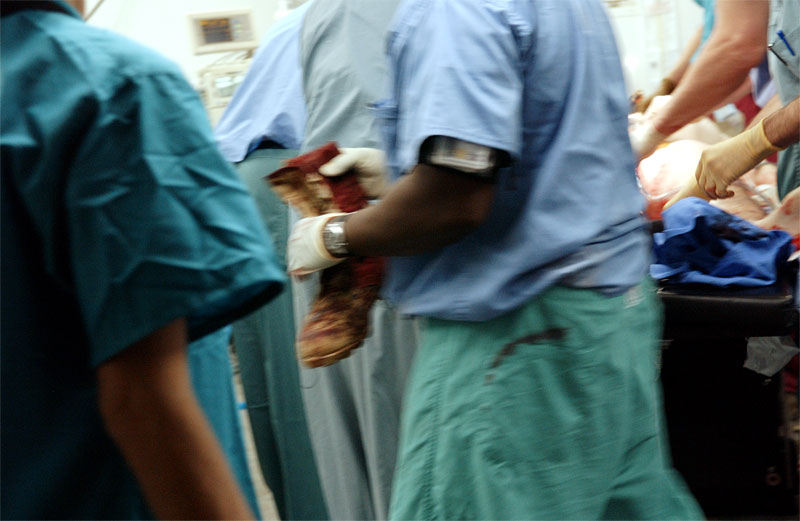 
United States Military surgeons treat carry a bloody boot removed from a wounded soldier in the Emergency room of the Balad Hospital at the Balad Air Force base in Iraq. The soldier later lost his leg. Hundreds of wounded soldiers have come through the military hospital for emergency treatment since the siege of Falujah began in early November.