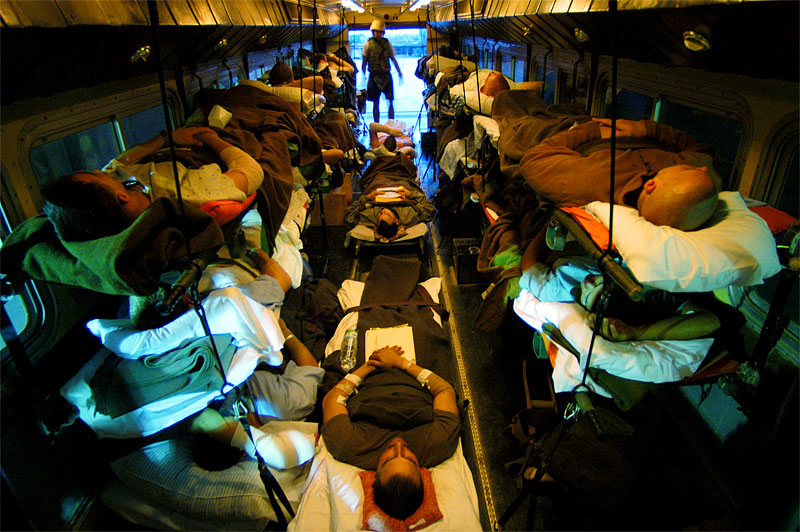 
United States wounded soldiers are transported from the Contingency Air medical Staging Facility, or the CASF, where soldiers who are not in intensive care stay, via school bus to the plane headed out to Germany for further treatment. Since the fight for Fallujah began in early November, hundreds of injured soldiers have streamed through the balad hospital. November 2004